They were arrested in a Special Police Operation carried out by the Formed Police Unit (FPU) together with personnel from the Central East Regional Command on Friday, August 27, 2021.

The police made this known in a press statement issued today, Saturday, August 28, 2021.

“14 herdsmen have been arrested in a Special Police Operation carried out by the Formed Police Unit (FPU) together with personnel from Central East Regional Command in a manhunt for suspected herdsmen alleged to have defiled a 13-year-old girl at Gomoa Adzintem in the Central Region.”

Some weapons including 2 single barrel and 2 pump action guns and 49 AA ammunition were also retrieved in the operation.

Police in the statement said an “identification parade will be conducted in the community to identify the real suspects in the dastardly act on the teenager to face justice.” 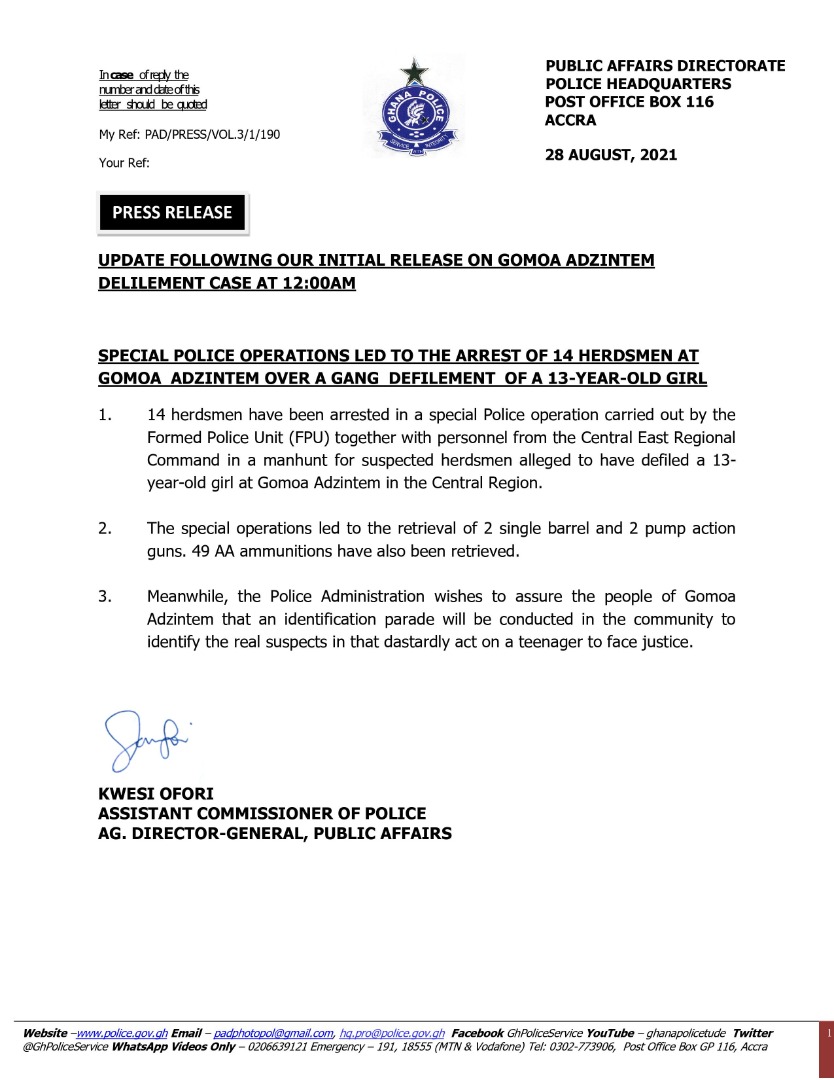 The 13-year-old was allegedly gang raped on Friday by persons believed to be herdsmen.

She suffered cutlass wounds after she initially resisted her attackers.

The father of the girl who also suffered cutlass wounds is currently on admission at the Winneba Trauma and Specialist Hospital.

Residents say they suspect some herdsmen may have committed the crime.

The incident has sparked rage among some youth of the town who have threatened to fight back if the herdsmen visit the area with their cattle to graze.

Broad discussions needed before Aflao border could be reopened