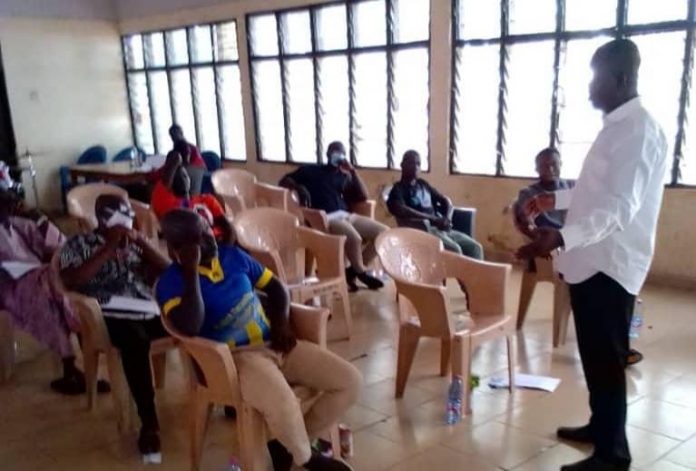 Reports from the Gushegu Municipal Assembly have revealed that 19 children, made up of 18 boys and a girl, within the ages of nine and 19 were trafficked from some communities in the Municipality between March and April 2021.

Assistant Director of the Gushegu Municipal Assembly, Mr Mutaka N. Abdul Razak, who disclosed this said the victims were trafficked from Dundong, Manchugu, Waawuu, Kolick and Gingoe communities to Ho and other areas in the Volta Region.

He said this at a stakeholders’ engagement workshop, which was organised by the Pan-African Organisation for Research and Protection of Violence on Women and Children (PAORP-VWC), at Gushegu.

He noted that the Gushegu Municipal Assembly collaborated with the Department of Social Welfare, Security Agencies and other stakeholders at Ho to rescue the victims.

Mr Abdul Razak said, “we have observed that most of the parents willingly give out their children after being deceived that they would return with motorbikes and some amount of money for a period.”

“We have decided that any person who will facilitate the trafficking of any child and caught will pay a penalty of GHC1,000,” he added.

He encouraged parents and guardians in the Municipality to send their children to school, and provide them with their basic needs to help combat incidence of child trafficking in the area.

He appealed to Traditional Authorities, the Clergy and opinion leaders in the Municipality to desist from interfering in cases of culprits who engage in the acts, saying “when these people are arrested we should allow the Security Agencies to do their work effectively and deal with them as the law stipulates”.

He said children needed conducive environment to grow and develop to become successful individuals, and stressed the need for stakeholders as well as parents to be conversant with the 1998 Children Act to monitor and make meaningful contributions to their children’s growth.

Madam Priscilla Yeli- Oni, PAORP-VWC Gushegu Municipal Officer, reiterated the need for policymakers and other stakeholders to join forces and initiate actions that would help to stop child trafficking and other forms of child abuse in the Municipality.

Some of the participants called on stakeholders to form Child Rights Protection Committees in every community in the Municipality and make them vibrant to help fight child trafficking in the area.