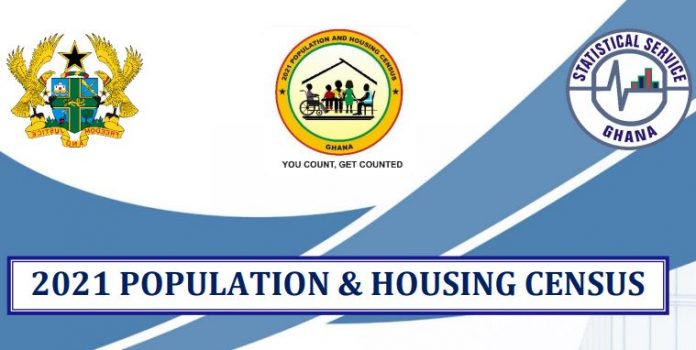 The Ghana Statistical Service says 99.4 percent of Ghanaian households have been enumerated in 15 regions.

Greater Accra reached a completion rate of 98 percent at the end of this year’s Population and Housing Census.

Professor Samuel Kobina Annim, Government Statistician, announcing this on Wednesday at a press briefing in Accra, said data collection for the exercise had officially ended after it was extended for the third and final time from August 1-8, 2021.

He stated that the reasons for the less than 1 percent outstanding of the national coverage completion included pockets of refusals to participate in the exercise, arrears with restricted access like gated communities and foreign communities.

Prof Annim said the Ghana Statistical Service had commenced Post Enumeration Survey with training of Field Officers for data quality and that subsequent processing of payment was ongoing and expected to end on August 25, 2021.

Prof Annim commended the public for their participation in the Census data collection and their cooperation and support during the exercise.

“The Service expresses appreciation to all Census Committee members, Census Officials, Field Officers, stakeholders and respondents who have helped bring the data collection exercise to a successful end and looks forward to continued partnership to ensure the data collected is used responsibly for the development of our nation,” he said.

The 2021 PHC will provide important information to support evidence-based implementation of the national development agenda and support the tracking of achievements of the Sustainable Development Goals and Agenda 2063 of the African Union, among others.

It sought to gather information on key issues, including travel history of household members who have migrated abroad, Socio-demographic characteristics, literacy and education, economic activity.

The rest of the indicators are difficulties in performing daily living activities, ownership and usage of Information Communication Technology devices, children born to women, 12 years or over, deaths of household members within the past 12 months, housing conditions, sanitation and source of water, lighting and cooking fuel.