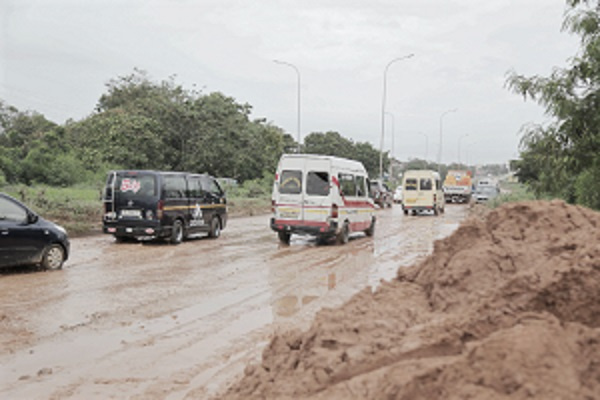 Residents and commuters around the Kasoa tollbooth are living in fear as the rainy season approaches. Previous rainfalls over the years have seen the Kasoa-Accra main road flooded particularly at the tollbooth area resulting in mud-slide which causes vehicular traffic.

Speaking to some residents, they expressed worry about the possibility of getting stranded and getting stuck in traffic with the slightest downpour, hence, their plea to the authorities to enforce measures to arrest the situation.

In an interview, the Ga South Municipal Engineer, Daniel Sowah, said the Minister of Roads and Highway, Kwesi Amoako Atta during the first tenure of President Akufo-Addo visited the area to assess the situation after which a committee was set up to look into the matter and recommend possible solutions.

Mr. Sowah said four years after the recommendations are yet to see the light of day.

According to him, in the absence of permanent solutions, they improvise by clearing off sands from portions of the road for easy movement of vehicles whenever it rains.