The Osafo-Maafo-led 2020 Elections Review Committee has presented its final report to the leadership of the New Patriotic Party (NPP).

The Committee, which was set up by the NPP to review its performance in the 2020 general elections, presented the report on Tuesday, May 4, 2021, at the party’s national secretariat in Accra.

Presenting the report on behalf of the 9-member committee, its Chairman, Yaw Osafo-Maafo, explained the rigorous processes the committee went through in coming out with what he described as a ‘Comprehensive Report’.

According to him, the committee had engaged all the relevant stakeholders of the party across the 275 constituencies of the country pursuant to its mandate.

John Boadu, the NPP General Secretary, who received the report on behalf of the party, commended the members of the Review Committee for doing an excellent job and gave them an assurance that the party would religiously peruse the report and take the necessary steps to implement the recommendations therein, some of which may require constitutional amendments.

The party’s chief scribe also disclosed that following the presentation of the report, the party’s National Executive Committee (NEC) would meet sometime next week to, among other things, officially adopt the report, which is expected to guide the operations of the party in the short to medium term. 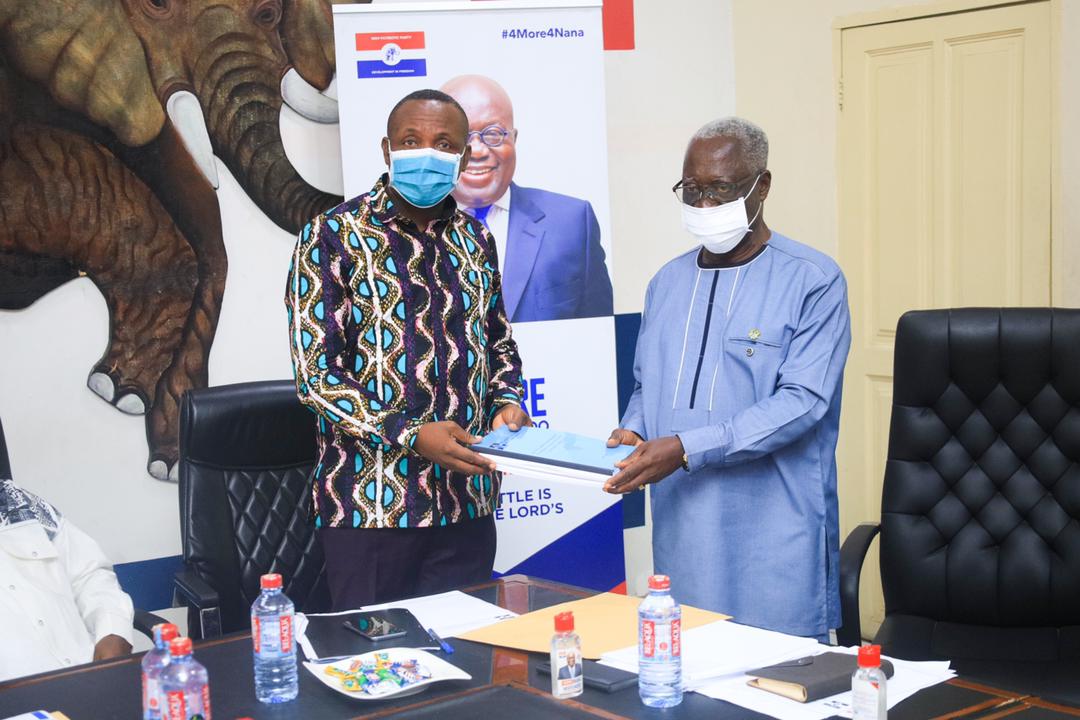 The Review Committee was set up by the party’s National Executive Committee to make an honest and impartial inquiry into the facts and circumstances of the party’s participation and performance in the 2020 Presidential and Parliamentary Elections, and to produce a comprehensive report with far-reaching implementable recommendations to improve the political and electoral fortunes of the party.