The items donated were; bags of rice, cooking oil, drinks and toiletries among others.

Gideon Quansah, co-founder of the foundation in an interview with Citi News said, “We were touched by the plight of this family in taking care of these five brothers. We decided to contribute a little so that they could be taken care of.”

Mr Quansah admonished the youth in the country not to wait until they are rich before they support the vulnerable in society. 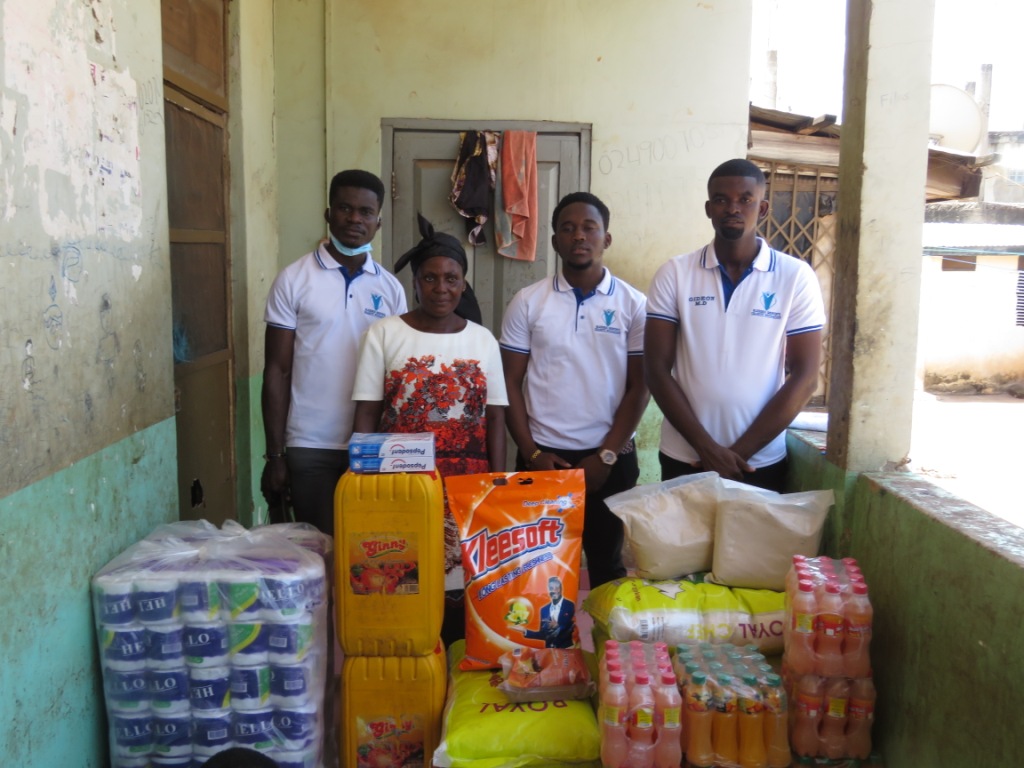 “My advice to the youth is that they should support the needy in the society. We should not wait till we have plenty of money before we help people, especially if we call ourselves Christians. We should start helping people now and not later.”

The caretaker of the five brothers, Rebecca Abena Asante also in an interview said taking care of them has not been easy and appealed for support from the public.

“Taking care of them is not easy, it is God who has strengthened me throughout this journey because I have to do almost everything for them.”

Madam Asantewaa admonished families with such challenges not to despise them but take care of them because they are God’s creation.

She commended the Blessed Gideon’s Charity Foundation for their kind gesture and believes it would go a long way in the upkeep of the five brothers.

Blessed Gideon’s Charity Foundation was started by Gideon Quansah, a student of the University of Cape Coast (UCC) and Gideon Appiah Kubi an alumnus of UCC.

The foundation has so far donated items to the Kumasi Central Prisons, Ankaful Prisons and some orphanages across the country.