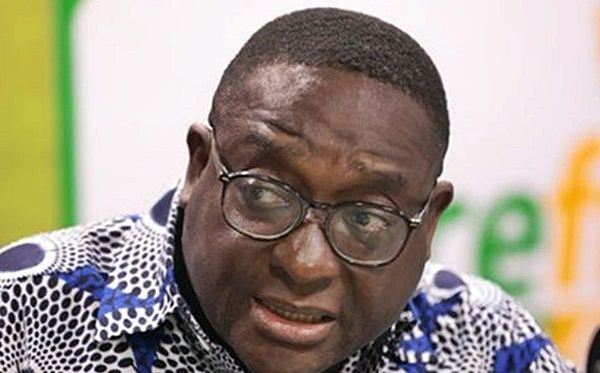 Director of Communications of the New Patriotic Party (NPP), Yaw Buaben Asamoa, has reiterated the need for Ghanaians to break the eight-year governance cycle in the country for policy consistency and continuity.

Mr. Asamoa said looking at how government and Ghanaians are faring in the face of the COVID-19 pandemic, the NPP has managed the country considerably well, therefore they deserve the mandate to continue even after eight years.

Speaking to Journalists in Accra, Mr. Buaben Asamoa touched on the fight against galamsey among other social vices stressing that responsible participation and non-politicization of issues will promote political stability and economic progress.

Commenting on the alleged abduction of the Ashanti Regional Security Coordinator, DCOP Kweku Ayensu Opare Addo by some armed men, Mr. Buaben Asamoa said DCOP Opare Addo had no locus to be in office because his contract had expired.

He denied involvement of the disbanded Delta Force as alleged by DCOP Opare Addo, stressing that, all vigilante groups have been disbanded.