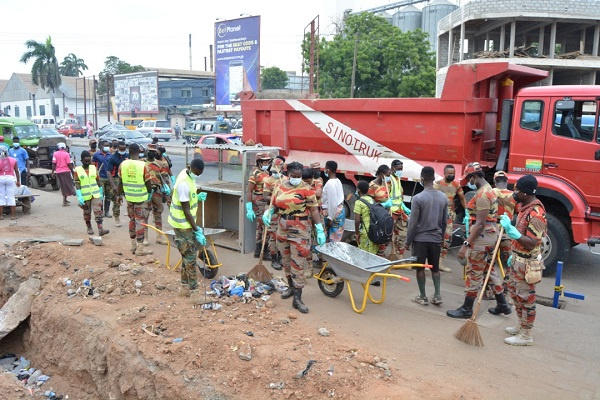 The agenda to decongest the capital and make Accra the cleanest city is still focal to government and city authorities.

On Tuesday, the Greater Accra Regional Coordinating Council, in collaboration with the Ablekuma Central Municipal Assembly and the various security agencies, cleaned some parts of Accra.

In his inaugural message on January 7, 2017, President Akufo-Addo urged Ghanaians to be “citizens” and not “spectators”. Subsequently, it was his promise to make Accra the cleanest city in Africa.

This campaign remains a herculean tussle,  with structures springing up at unauthorized places indiscriminately in the city.

As part of his duties to advance the President’s vision, the Greater Accra Regional Minister, Mr. Henry Quartey, says his office is keen on making the agenda a reality.

Mr. Quartey said authorities will not only decongest Old Fadama but will put the place to good use.

The Chairperson of the Old Fadama Scrap Dealers Association, Alhassan Alpha said, they will not resist the exercise but hoped the authorities would give them somewhere to settle.