Gertrude Quashigah has been relieved of her appointment as the National Coordinator of the Ghana School Feeding Programme.

A letter to her from the Ministry of Gender, Children and Social Protection sighted by Citi News asked her to hand over any official documents or property in her custody to the Chief Director of the ministry.

The letter also expressed gratitude for here “support towards the execution of the mandate of the Ghana School Feeding Programme during the period.” 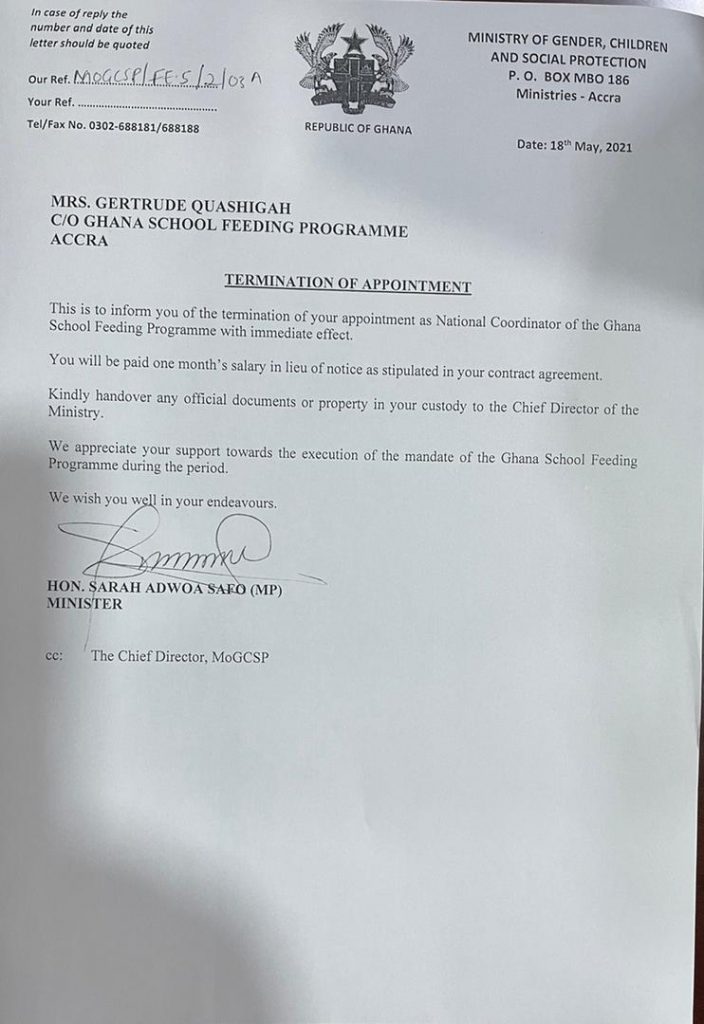 Mrs. Quashigah was officially named National Coordinator of the programme on December 24, 2019, after taking over from Dr. Kwame Adu-Nsiah who was also fired.

She had already been serving as an acting coordinator for about a year before she was given the role officially.

Dr Adu-Nsiah was suspended in December 2018 over allegations of corruption in the management of the school feeding programme.

However, a committee that was set up by the President to probe the issue exonerated him from any wrongdoing after a probe.

The Ghana School Feeding Programme is an initiative of the comprehensive Africa Agricultural Development Programme Pillar 3 which seeks to enhance food security and reduce hunger in line with the United Nations (UN) Sustainable Development Goals (MDGs) on hunger, poverty and malnutrition.