The Ministry of Finance and the European Investment Bank have signed an agreement for the provision of a one hundred- and seventy-million-euro (€170 million) facility for the establishment of a new national bank, the Development Bank Ghana (DBG).

DBG is an integral feature of the GH¢100 billion Ghana Cares ‘Obaatampa’ Project, which is seeing to the revitalization of the Ghanaian economy following the onset of COVID-19. 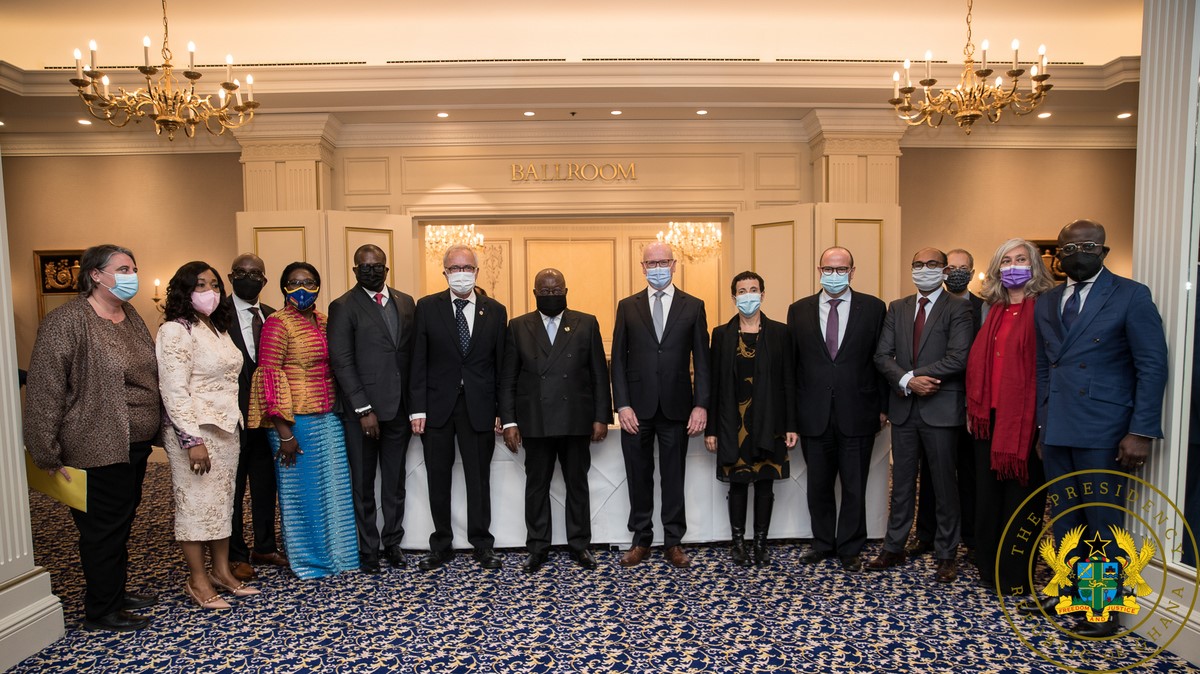 The €170 million facility, according Dr. Hoyer, is the largest facility provided by the European Investment Bank for the establishment of a development bank in Africa or for any other project, for that matter, on the continent.

Speaking at the signing ceremony, President Akufo-Addo noted that “the Development Bank Ghana is going to play a very important part in the rapid economic transformation of Ghana, following the onset of COVID-19.”

According to him, “We want to restructure the economy, and move it from being a mere producer and exporter of raw materials, to one that places much greater emphasis on value addition activities. We see this Bank (DBG) as one that will play a pivotal role in this”.

The President indicated that the design and operation of the Bank, “which has been on the drawing board for the last two years”, will satisfy the highest standards, scrutiny and best practices of Development Banks across the world, assuring further that the €170 million facility from the EIB will be used for the purposes for which it was sought.”

President Akufo-Addo reiterated that the provision of this facility signals the determination of the Ghana to continue partnering with the EU, with the President informing Dr. Hoyer that Ghana will fall on the EIB to continue to finance other projects in the pipeline, as the country works to recover from the impact of COVID-19.

The Minister of State-designate for Finance, Mr. Charles Adu Boahen, who was also present at the signing ceremony, explained that the focus of Government, since the onset of COVID-19, has been to put in place the building blocks for an inclusive and sustainable economic recovery.

“With the overall objective of creating a favourable environment to spur private sector-led growth, the Government of Ghana recognizes the importance of a substantial allocation of development capital to critical economic sectors at sustainable interest rates and longer tenures. Accordingly, there has been a heightened need to establish the Development Bank Ghana.

He stressed that the Development Bank Ghana will be a central player for Ghana’s economic recovery and structural transformation, “especially given the importance of counter-cyclical support in stimulating private enterprise.”

Dr. Hoyer, on his part, was confident that the establishment of Development Bank Ghana will help unlock opportunities for growth in Ghana, as well assist in the rapid recovery of the Ghanaian economy from the ravages of COVID-19.

He noted that the establishment of the Bank is in line with the objectives of the European Union, and will help develop Ghana’s private sector, agri-business, manufacturing and ICT initiatives.

Whilst describing the decision to establish DBG as “a wise one”, the EIB President added that the Bank sees the partnership with Ghana as a fruitful one, indicating that the EIB will follow keenly the development and workings of DBG in Gha