The Christian Council of Ghana has renounced a WhatsApp video attributed to the Council allegedly threatening the Turkish Embassy in Ghana.

The Council in a statement said the video is not from its outfit.

“Our attention has been drawn to a WhatsApp video in which a supposed member of the Christian Council of Ghana is ‘threatening the Turkish Embassy’.”

“The Christian Council of Ghana wishes to inform the public that we have not made nor released any such statement anywhere, nor have we authorized anyone to make or release such a statement.”

The Council in the statement further noted that its General Secretary is its official spokesperson and not anyone else.

The Councils said it is a peaceful institution and “will continue to pray and work towards the peace, unity and harmony of our nation.”

Below is the full statement from the Christian Council 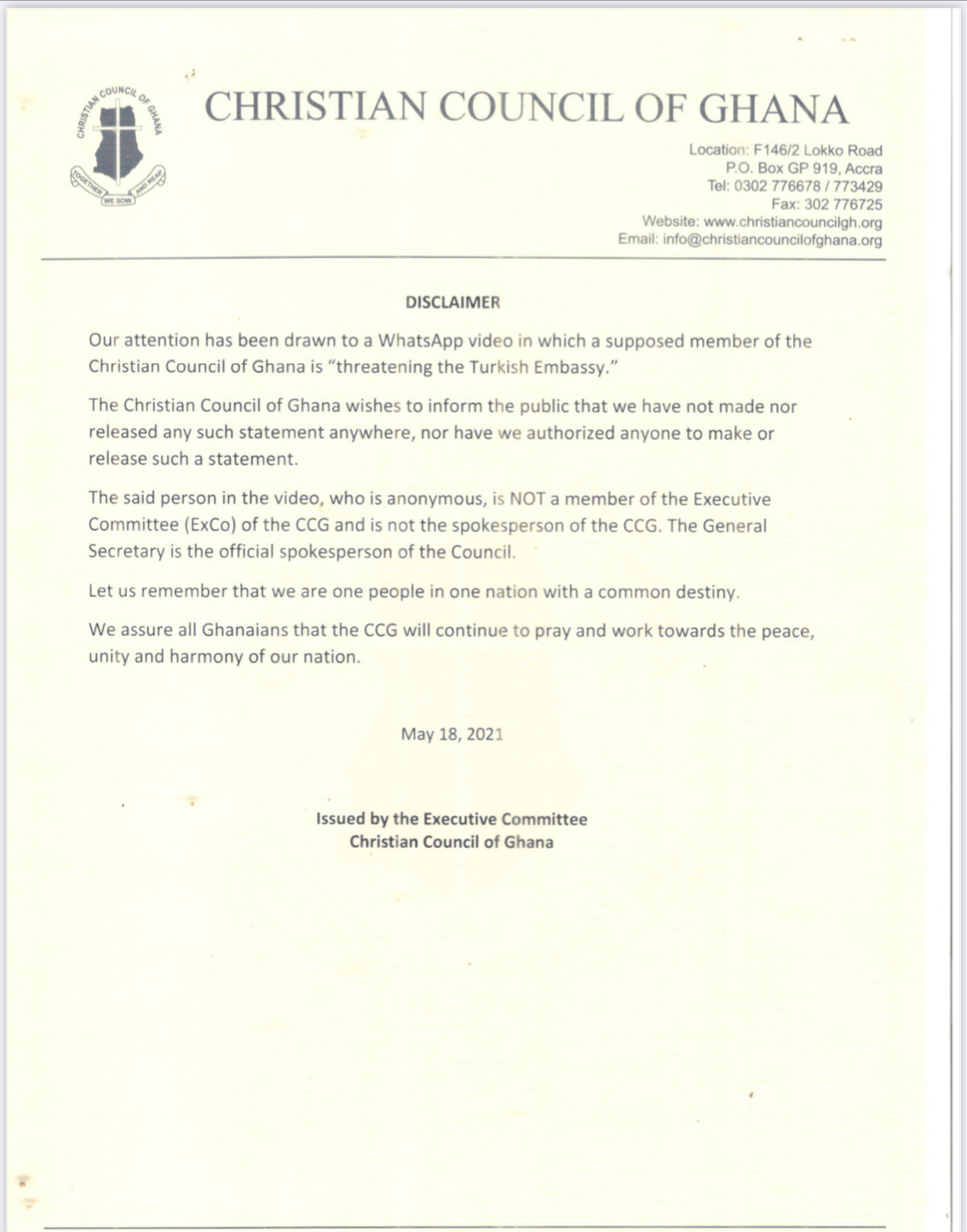