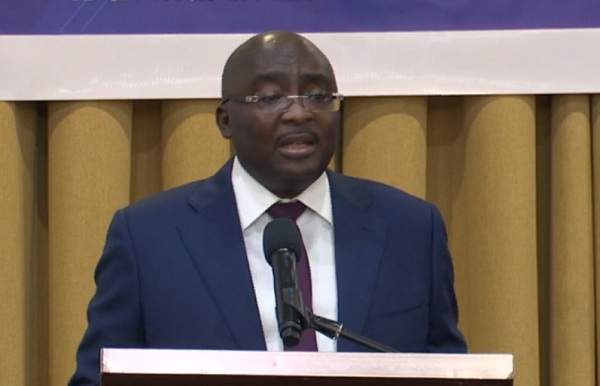 A new Pineapple Processing Factory, Nano Foods, is formally open for business at Nsawam in the Eastern Region. This brings to 77, fully-functioning factories under the One District One Factory initiative.

Performing the opening, Vice President Dr. Mahamudu Bawumia said the economy’s transformation, as well as other initiatives, will soon be evident and Ghanaians will enjoy the benefits therefrom.

Nano Foods is a subsidiary of Astek Company, Astek was a leading brand in canned pineapple products in the1980’s. The Factory however folded up about 20 years ago due to financial challenges. But, with the introduction of the One District One Factory Initiative, the company was one of the first companies to express interest to be part of the initiative under the name Nano Foods.

They received more than $ 1 million under a loan facility from the Ghana Exim Bank to import machinery to start operations. Operating under the free zones area, the company is entitled to a 5-year tax holiday.

Today, the former dormant Pineapple processing factory has bounced back and supplying pineapple slices and chunks to the International market. The company has now engaged about 300 local people to work on the factory and hopes to expand it to 1000 people.

Additionally, with the support of the Ghana Export Promotion Authority, the company has also supplied 1-million smooth cayyene suckers of pineapple to outgrowers to supply the company, the needed raw materials.

The Managing Director of Nano Foods Mr. Albert Nti Owusu, said the factory will add on other products.

The Minister for Trade and Industry, Mr. Alan Kyerematen, said the European market duty and quota free policy presents an opportunity for Ghanaian companies to cross borders with their products.

The Vice President Dr. Mahamudu Bawumia said 232 projects are ongoing under the One District One Factory initiative, and 77 are fully operational. He said the government will ensure that all the factories come on stream.

Nano Foods is expected to produce 8-million canned pineapples per annum for the European market. This is the second factory to be set up in the Nsawam municipality under the One District One Factory Initiative.