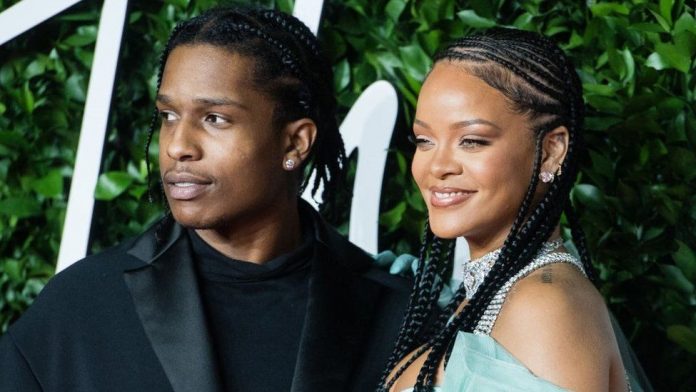 US rapper A$AP Rocky has announced that he is in a relationship with singer Rihanna.

The rapper described her as “the love of my life”.

Rumours over whether the stars were dating began as early as 2013 when the rapper supported Rihanna on her Diamonds World Tour.

“She amounts to probably, like, a million of the other ones. I think when you know, you know,” he said. “She’s the one.”

The pair both featured in the A$AP Rocky’s 2013 video for Fashion Killa; while the rapper provided a guest verse on the remix of Rihanna’s 2012 hit Cockiness (I Love It).

Since becoming an official item, they have been trying to avoid being photographed together by the paparazzi, the article stated.

The rapper said his partner had “absolutely” influenced his new album, which will also feature Morrissey.

Born Rakim Athelaston Mayers, the star was one of the biggest break-out stars of the 2010s, scoring two US number one albums with the Long.Live.A$AP (2013) and At.Long.Last.A$AP (2015).

A versatile lyricist, he can flip between aggressive, passionate delivery and a more laid-back, melodic flow – often in the space of the same song.

Hugely in-demand, he has collaborated with artists including Kendrick Lamar, Black Eyed Peas, Mark Ronson and even Rod Stewart – who appeared on his 2015 hit Every day.

His biggest hit in the UK comes via a guest verse on pop star Selena’s Gomez’s Good for You.

In 2019, the star was found guilty of assault during a Stockholm fight and given a two-year suspended sentence.

His relationship with Rihanna is believed to have started last year, after she split from her boyfriend of three years, billionaire Hassan Jameel.

In July, she featured A$AP Rocky in a campaign for her Fenty Skin skincare range, and the duo gave several joint interviews to promote the collaboration.

The star’s beauty, lingerie and clothing ranges have become her main focus in recent years.

Their success has propelled her to the top of Forbes’ annual list of highest-paid female celebrities, with the bulk of her $600m (£425m) fortune coming from her make-up range.

In the meantime, her music career has been put on hold. Her last album, Anti, was released five years ago, and the star has been teasing fans who are clamoring for the follow-up.

In December 2019, she joked on Instagram the record was ready, but she was “refusing to release it”. When a fan inquired about the album’s whereabouts last May, Rihanna replied: “I lost it.”