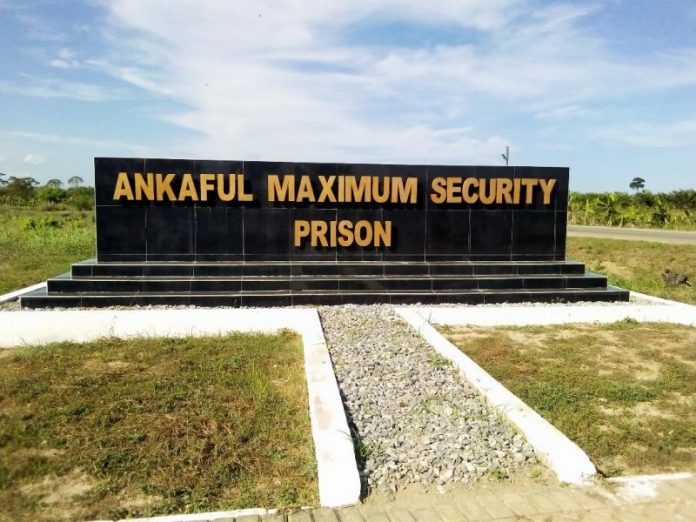 The five were serving jail terms for failing to pay fines imposed on them by some courts for various petty or minor offences, including stealing, causing harm and driving without a driver’s licence.
The Organisation paid for the fines of the convicts, three of whom were being held in the country’s maximum prison, with the other two at the Awutu Camp prison both in the Central Region.
The Project Officer, Access to Justice, CHRI, Mr Anthony Sedzro, in an interview with the media, said the intervention formed part of the Organisation’s “Increasing Advocacy for the Decriminalisation of Petty Offences through COVID-19 Response Intervention” project.

“This is also to help decongest Ghana’s already overcrowded prisons, and also part of CHRI’s advocacy to decriminalise petty offences,” he said.

Mr Sedzro noted that the outbreak of the COVID-19 pandemic had worsened the plight of the already precarious conditions of inmates at the country’s prisons.
He said the Organisation had so far facilitated the release of three other inmates from the James Camp Prison in Accra and Winneba Prison while the fines of eleven other inmates in the Kumasi Central Prison in the Ashanti Region were also paid.
He added that the Organisation would extend the initiative to prisons across the country with the project targeting to pay the fines of a total of 60 convicts serving custodial sentences for petty offences.
The project is being funded by the Open Society Initiative for West Africa (OSIWA).

According to statistics from the Ghana Prison Service, the country’s prisons were overcrowded by 52 per cent with more than 15,000 inmates occupying an Authorized Holding Capacity of 9,945.

Mr Sedzro bemoaned the lack of progress made by the State in reviewing its custodial sentencing law for petty offences, a situation he explained continued to worsen the plight of inmates, especially with the outbreak of the COVID-19 pandemic.
He, therefore, appealed to the government and Parliament to take bold steps in decriminalising such offences in the country, saying “a significant number of these prisoners are petty offenders who are mostly the poor and marginalised in society.”
Deputy Director of Prisons (DDP), Dominic Nicholas Arthur, Officer-In-Charge of Ankaful Maximum Security Prisons, appealed to Ghanaians to show love for persons who were convicted of crimes and released to ensure that they did not return to those acts.
DDP Arthur, who is also the Central Regional Commander of Prisons, called on the government to step up efforts and complete the second phase of the Ankaful prison project earmarked for a workshop to enable the prison to provide skills training for inmates that would ensure their survival when released.
The project when completed will have a school, workshop, church and mosque, among others.

DDP Arthur, while commending CHRI and OSIWA for facilitating the release of the inmates, called on other benevolent organisations and philanthropists to assist inmates who were serving custodial sentences for petty offences due to their inability to pay fines imposed on them by the courts.