The Management of Citi FM and Citi TV has petitioned the Ghana Bar Association (GBA) on the assault on one of its journalists, Caleb Kudah, and the subsequent raid at the station by some national security operatives, in an attempt to also arrest another journalist, Mrs. Zoe Abu Baidoo Addo.

Speaking on behalf of the management of the company, the Online Editor of the Accra-based media house, Ebenezer Afanyi Dadzie, said the decision to petition the Ghana Bar Association was to ensure that all major stakeholders in the country, including the GBA, condemn the actions of the National Security operatives, and also to push for reforms in that security setup.

“We are here because there’s a very pertinent issue about how the National security operates.”

“The trigger currently is the assault on Citi FM journalist, Caleb Kudah, and the harassment of a colleague, Zoe Abu Baidoo Addo, and also the very unorthodox approach used by the National Security to raid Citi FM with armed men in vehicles to arrest an unarmed journalist.” 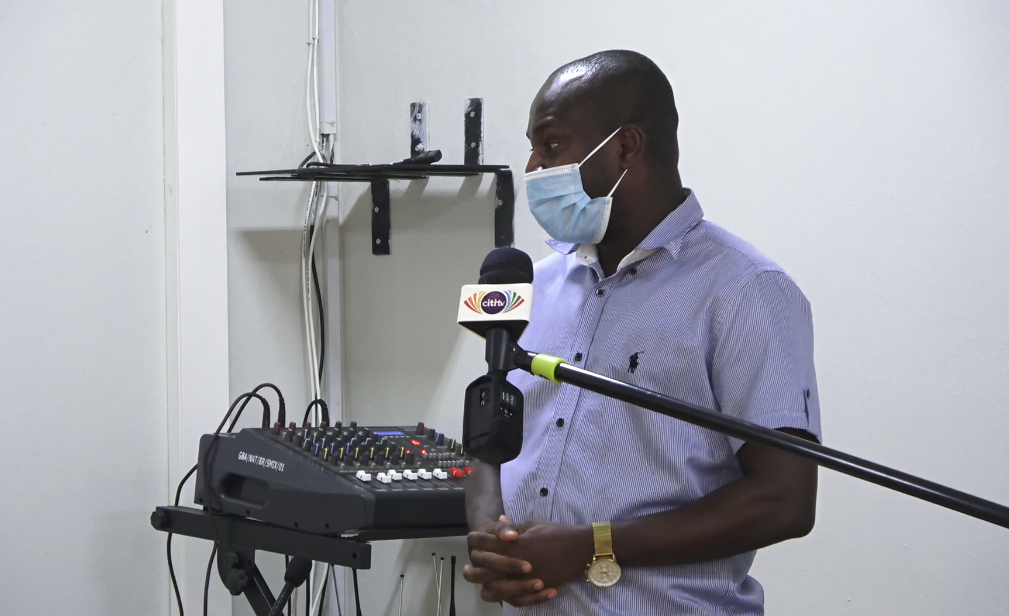 Mr. Ebenezer Afanyi Dadzie mentioned that the petition contains a detailed account of the incident.

He added that the Gestapo-style raid by the National Security operatives at the premises of Citi FM and Citi TV, and the assault on Caleb Kudah, could have far-reaching consequences if not properly and holistically addressed.

“We feel there’s a bigger threat not just to the media, but also it could have far-reaching consequences if steps are not taken by all major stakeholders to support our campaign.”

“We think it’s time to use our media house to push that important message of reforms, in terms of how the national security operates,” he added.

After receiving the petition, the President of the Ghana Bar Association, Anthony Forson Jnr., assured that the Association would take a critical look at the issues raised in the petition.

According to him, the GBA will proceed to take action on the matter once the ongoing investigations are done.

He, however, condemned the show of force and the raid by the National Security operatives after they stormed the company in an attempt to arrest Zoe Abu Baidoo Addo.

“When the matter broke, we of the national executive body decided to issue a statement. However, as lawyers, once certain contrary issues are raised, you are definitely under obligation to tarry, that is why you didn’t see our statement in the public domain”.

“As you were speaking, you indicated clearly that there were investigations ongoing. There are certain aspects of the facts that don’t need investigations. One issue that stands out to the detriment of National Security was that so many armed men were deployed to arrest an unarmed female journalist. That for me was very troubling”.

“I believe that all persons in Ghana, from the Executive to the judiciary, to the legislature no one is above the law,” he stated.

While condemning the incident, the GBA President also urged journalists to be mindful of the ethics that guide their profession at all times in their line of duty.

Citi FM and Citi TV have specifically petitioned the National Media Commission, NMC, which has a constitutional mandate to protect and promote the safety of journalists in their line of duty.

The media house has therefore notified the Christian Council of Ghana, the Catholic Bishops’ Conference, and the office of the Chief Imam over the matter.

Mr. Caleb Kudah was arrested at the National Security Ministry on Tuesday for filming abandoned MASLOC vehicles parked at the premises of the Ministry.

He was at the Ministry to verify a claim by an official of MASLOC that all the cars had been given out.

This was after Caleb Kudah had complained about the wastage of public funds on social media.

This is because Caleb had forwarded some of the footage he captured to Zoe via WhatsApp.

Mr. Caleb Kudah in an interview with Bernard Avle on The Point Of View on Citi TV indicated that he was slapped several times by the security officers.

About 15 organizations including civil society groups and political parties, have condemned the incident and backed calls for investigations, whiles calling for reforms in the national security setup.

The National Security Ministry says it has initiated a probe into the case.