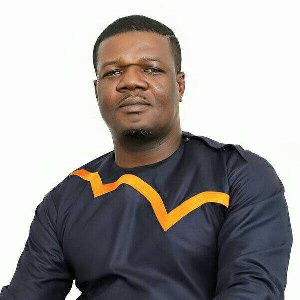 NDC MP for South Dayi has said the Rambo-style removal of the Ashanti Regional Security Coordinator, Deputy Commissioner of Police (DCOP) Opare Addo from office on Monday, raised serious concern on the path Ghana is headed, in the face of increased impunity even with the existence of the Vigilantism and other related Offences Act, 2019 (Act999).

According to him, “it is important to recount similar incidents in the past. The nation, in the early months of 2017, witnessed the assault on ASP Nanka Bruce by vigilante members at the Flagstaff House of which not a single individual was punished”.

He noted that there was a similar operation in the same office resulting in these same group invading the Regional Security Coordinator’s office, assaulted and removed him from office.

Lawyer Rockson-Nelson E.K. Dafeamekpor, in a press statement, recounted how “a Circuit Court in Kumasi was invaded by members of the same Delta Forces to free some of their members who were standing trial. In the end, they were fined paltry sums of money which was paid for by some financiers within the New Patriotic Party (NPP)”.

In the recent case, three critical accounts have so far been given in the midst of debate on his removal in the manner it happened. DCOP Opare Addo revealed to the public that he was assaulted, handcuffed and driven out of his office by members of the New Patriotic Party (NPP) vigilante group, Delta Forces. He went further to confirm knowledge of these operatives because according to him, he had worked with them since assuming office after his predecessor was removed from office in a similar fashion.

Subsequently, the National Communications Director of the NPP, Yaw Buaben Asamoa, gave the clear indication that the operation at the office of the Regional Security Coordinator had the backing of the State. He further revealed that the operation was necessitated by the refusal of the DCOP to leave office after his retirement.

As narrated above, The MP said, two issues stand out which need further probe. “The first, is the allegation that the operation was carried out by members of the Delta Forces, a vigilante group that is obviously operating in breach of ACT 999, needs investigating and punitive measures taken to deter others. The government cannot pass laws and watch unconcerned perpetuation of illegalities because those involved are aligned to it.

The second, the allegation that DCOP Opare Addo was engaged in criminal activities as stated unequivocally by Major General Francis Adu Amado (retd) needs serious investigations. That a security coordinator who occupies office to superintend and deal with criminal conducts, is himself alleged to be involved in criminal activities, is a serious issue that cannot be swept under the carpet”.

The MP who is a member of Public Accounts, Constitutional, Legal and Parliamentary Affairs & Standing Orders Committees of Parliament added that, “these two allegations demand open, truthful and transparent enquiry in order to lay the issues to rest. It is expected that the outcome of the investigations would be implemented to the latter should they come out to confirm the wrongdoing.