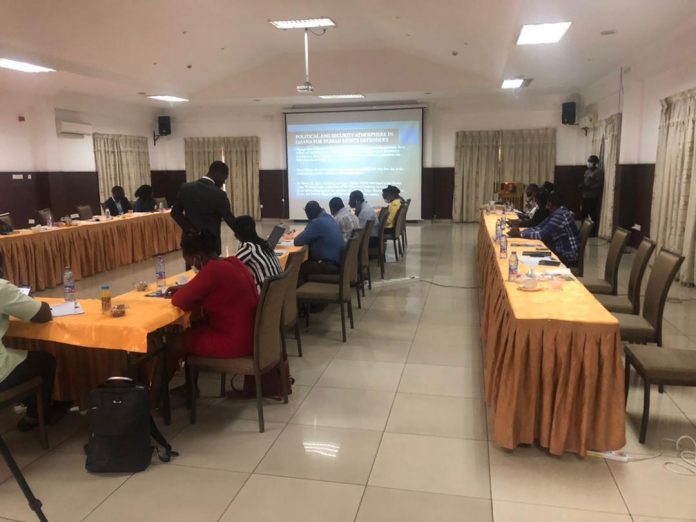 Ghana has been selected to host the seventh Ubuntu Safe City Hub, a safe space for human rights campaigners who are under threat on the continent.

The country will, therefore, be the first English-speaking country in West Africa to play host to the hub.

The Ubuntu Hub Cities initiative is a city-based relocation initiative for human rights defenders (HRDs) at risk across Africa.

Mr. Jonathan Osei Owusu, Founder/Executive Director, POS Foundation, a key partner in the project, made this known in an interview with the Ghana News Agency in Accra at a dialogue on the proposal of the hub.

The Ubuntu Hub Cities initiative enables HRDs, who have been subject to threats, violence, and extreme pressure as a consequence of their human rights work, to temporarily relocate.

The relocation allows them to be safe and to take a break from their highly stressful and dangerous environment.

The main aim is to ensure the physical and mental well-being of HRDs during their relocation period while enabling them to continue their work.

Mr. Osei Owusu said the initiative, spearheaded by Uganda-based Pan-African Human Rights Defenders Network AfricanDefenders, considered Ghana so that people from other African countries under threat by either their governments, the public or society or security agencies, could seek refuge in Ghana.

“We have come to the realisation that after the UN resolution 144 that sought to come up with policies to protect human right defenders, Africa over the years has had a lot of reports about journalists and persons who seem to be in the lesbian, gay, bisexual, and transgender (LGBT) community beaten and that was something good, because they are human beings.

“And so human right defenders are helping the society in promoting human rights at the grassroots, so if you disagree with them because he is a journalist and he is protecting the public purse, or he puts out an opinion and you do not like it, there are processes and procedures to go through.

“But for you to go out of your way to break the law and assault the journalist or assault the human right defender because you disagree with him or her, that is not proper. But when it happens, it gets so heightened and tension mounts so much that people have to relocate.”

Mr Osei Owusu maintained that all human rights advocates including journalists who were helping to promote democracy and bring about transparency into public dealings must be protected in all certainty to enable them to continue the good works that they were doing.

“But in any case, if they make a mistake or they go contrary to the laws and laid down principles as journalist and human rights defenders, what we need to do is make sure we go through due process to hold them accountable rather than assaulting them, threatening them and giving hate speech against people in the LGBT community.” 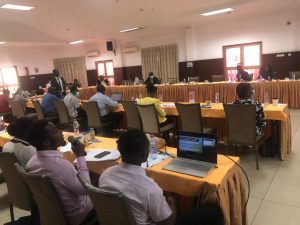 He said within 48 hours someone who was under threat could trigger a button for support; stating that “but before the support, they have partners within the said countries that will have to do due diligence to approve of the applicant before she/he can get it. Due diligence is not done by one person but within 48 hours that can be authenticated to know whether indeed, your life is under threat for consideration.”

Regarding the launch of the research on the implementation of a safe hub for Human Rights Defenders in Ghana, Mr Osei Owusu said it was conducted by Ubuntu Safe Hub, GenCED and POS Foundation to analyse and explore the possible aspects of the implementation of the Safe city hub in Ghana for HRDs.

Madam Walda Keza Shaka, the Programme Manager, Ubuntu Hub Cities, AfricanDefenders, recounted that the Ubuntu Hub City initiative was launched in 2019, saying “Within one year, we have launched six hub cities. We have three in South Africa, one in Kampala, one in Tunis, and another in Abidjan.