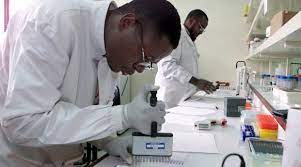 Medical laboratory scientists in the Bono East Region, have declared support for their colleagues at the Komfo Anokye Teaching Hospital (KATH) over the latter’s impasse with the hospital management.

The KATH branch of the Ghana Association of Medical Laboratory Scientists has been up in arms against the management of KATH following the transfer of two medical specialists to the department.

The Bono East Regional Chapter of the association, in a statement on Monday, May 24, 2021, directed all of its members to wear red bands as a way of supporting their colleagues in Kumasi.

“The Regional Executive Committee (REC) of the Ghana Association of Medical Laboratory Scientists (GAMLS) – Bono East Region, wishes to inform all Medical Laboratory professionals that, we are all required to wear red bands, starting Tuesday, 25th May, 2021.”

“This is in support of the industrial action that has commenced at the Komfo Anokye Teaching Hospital, to call for the withdrawal of the two medical doctors from the hematology unit and the “professional freedom,” it said in the statement.

While serving notice that their action could be escalated if the demands of the laboratory scientists at KATH are not heeded to, the Bono East Regional Chapter of GAMLS said “stakeholders will read the signs and do the needful to avert any further disturbances of the industrial peace,” it said in a statement. 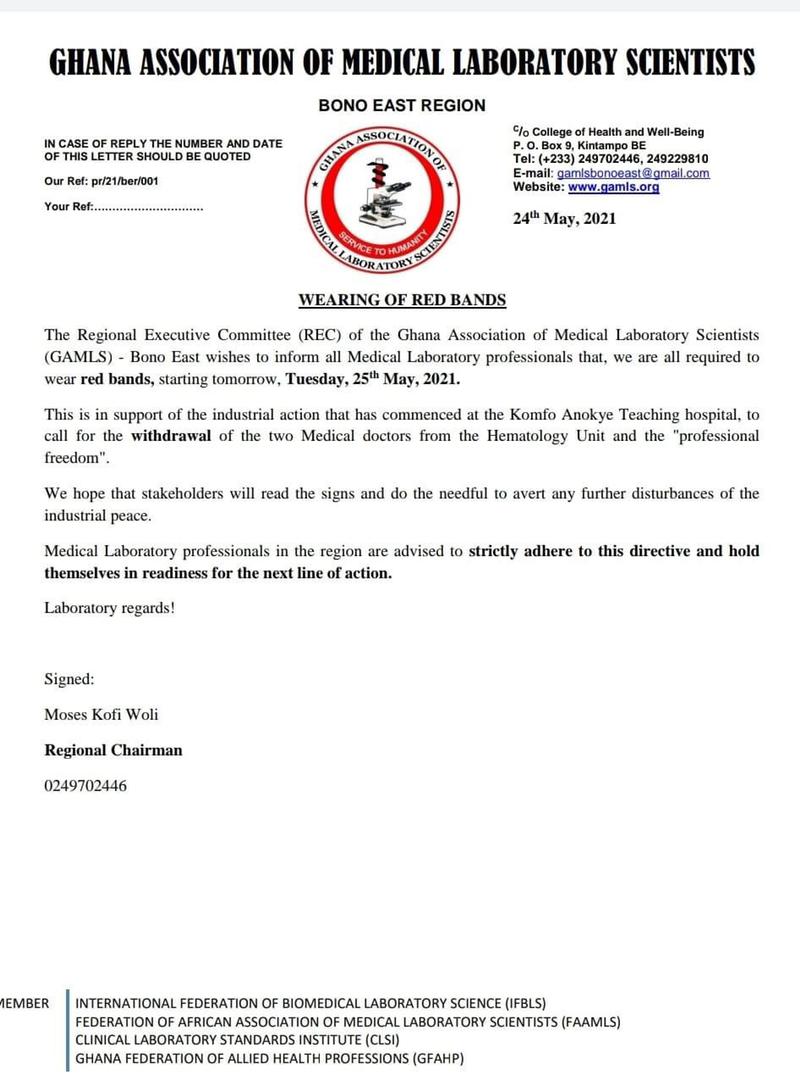 The strike, according to the leadership of the Association, is to protest the decision of the hospital’s management to keep two medical specialists in key positions at the Laboratory Services Directorate.

The Chairman of the Komfo Anokoye Teaching Hospital Chapter of the Ghana Association of Medical Laboratory Scientists, Ernest Badu Boateng, who spoke to Citi News after an emergency meeting with their members at the hospital, said the Ministry of Health and the management of the Komfo Anokye Teaching Hospital (KATH) have the one-week window to reassign the medical specialists.

He said if the authorities fail to change their stance, all medical laboratory scientists in the country will meet to take further action.

The Ghana Medical Association (GMA) has warned that it will be forced to react if either the government or the management of KATH heeds the demands of the lab scientists.

The Ministry of Health has appealed to the lab scientists to call off the strike.