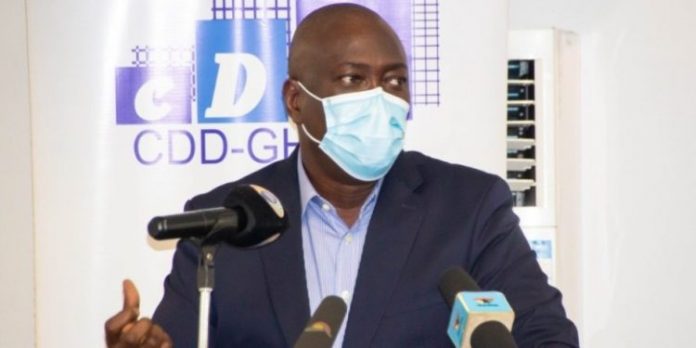 The Centre for Democratic Development, CDD-Ghana says the failure of the relevant state institutions to effectively investigate frequent assaults on journalists and failure to hold the perpetrators accountable demonstrates a growing trend of complete disregard for the rule of law and fundamental human rights.

In a statement on the assault of Citi Fm Journalist, Caleb Kudah, the Centre described as absurd and undemocratic the suggestion that a journalist using undercover means to expose wrongdoing is unethical and therefore warrants brutal assault by National Security operatives. The Centre commended the Ministry for publicly admitting that some of its operatives acted wrongly.

According to the statement, though the outcome of the Ministry’s preliminary investigations on the incident is a good move, there are more reforms needed in the country’s security apparatus.

Nonetheless, the Centre criticized the Ministry for what it said is a deliberate minimization of the misconduct of its operatives by describing the criminal assault against the person of Mr. Kudah as merely “inappropriate”.To CDD-Ghana, this is regrettable, as it does not send the right signal or deterrence to officers of the National Security apparatus.

Consequently, the Centre implored Government and the Minister for National Security to use the Kaleb-incident as an opportunity to pursue more far-reaching reforms in the National Security apparatus and its operations.