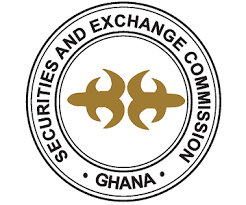 The Securities and Exchange Commission (SEC) on Monday launched its maiden Capital Market Master Plan (CMMP) to serve as the blueprint for the development of the capital market in Ghana for the next 10 years.

The Plan is built around a vision discussed and agreed with key stakeholders in the capital market to ensure a well-developed future for the industry.

At the end of the plan period, it is anticipated that the capital market in Ghana will be demonstrably successful and well-functioning.

Mr Ken Ofori-Atta, the Minister of Finance, who launched the Plan, said the Capital Market was an essential driver for economic growth and development, but unfortunately, the evolution of the country’s financial sector had not aggressively placed the essential industry at the heart of financial sector development over the decade.

He said Ghana’s Capital Market was often touted as one with numerous opportunities for growth, mainly due to the dominance of plain vanilla and traditional securities in the space.

“Through the strengthening of the private fund machinery, SMEs and new entrepreneurs will have access to funds to support their growth agenda and ultimately reduce the level of unemployment in the country,” the Finance Minister, said.

The Minister said liquidity turnover/nominal value of outstanding securities) on the fixed income market, under the plan, was expected to increase from about 42 per to 70 per cent.

He said the rippling effect on the creation of more jobs, higher standards of living, increase in savings and investments and poverty reduction could not be overemphasised.

He said a well-executed CMMP would invariably inure to the benefit of all Ghanaians and called for a concerted effort and support from stakeholders to transform the capital market to a more diversified, efficient, and liquid market that would be an attractive destination to both issuers and investors.

He said it was aimed at charting the course and providing the blueprint to guide the development and growth trajectory of the capital market over a 10-year uninterrupted period.

The Director-General said the framework of the Plan was designed to provide strategic direction and a clear roadmap towards fulfilling government’s vision of positioning Ghana as the regional hub for financial services.

“We believe that the Plan will complement government’s efforts in building a comprehensive ecosystem to make the country a preferred destination for a regionally-focused financial services hub as indicated in the 2019 National Budget,” he added.

He said the Commission expected the implementation of the Plan would meet the financing needs of the country’s growing economy, while also creating investment opportunities for wealth creation.

Mr Paul Ababio, the Deputy Director-General, Finance at SEC said the Plan was to improve diversity of investment products and liquidity of securities markets (to enhance investor participation and improve market liquidity) and Increase the investor base and promoting innovation and product diversification.

He said the vision of the Plan was “in pursuant of a deep, efficient, diversified and well-regulated Market with a full range of products attractive to domestic and international investors.”

Mr Ababio said the implementation of the Plan would result in growth of businesses and increase in production, which would result in employment, high standards of living and eventually poverty reduction.