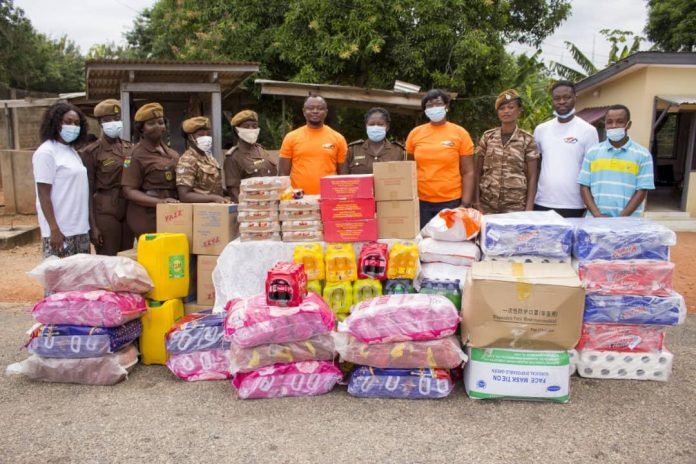 The Management of Hardford Motors has donated assorted items to the inmates of the Nsawam Female Prison.

The donation was done on behalf of the Chief Executive Officer of Hardford Motors, Mr. Yasser Alia, to show love to the female inmates as part of Mother’s Day celebrations.

Mr. Samuel Asante Mensah, Aide to the CEO, who presented the items, said the donation was part of the Corporate Social Responsibilities (CSR Projects) of the Company.

He also underscored the importance and contributions of all mothers and women to the development of the country.

“Management of Hardford Motors decided to have come to show a special love for our women particularly female inmates by presenting these items to them,” he said.

He said, “we believe that this is not going to be a nine-day wonder and we will continue to visit and donate from time to time.”

Chief Superintendent of Prisons ( CSP), Mrs. Janet Asabea Janet Asabea, the Officer in Charge, who received the items on behalf of the inmates, expressed gratitude for the support.

“l must say this is a very timely intervention because this donation will go a long way to help the prison inmates,” CSP Asabea said.

She said the current feeding money provided by government was not enough to sustain the inmates, hence donations come as additional support, which were highly appreciated.

The Hardford Motors delegation was led by Mr. Samuel Asante Mensah, Personal Aide to the CEO, some members of staff.