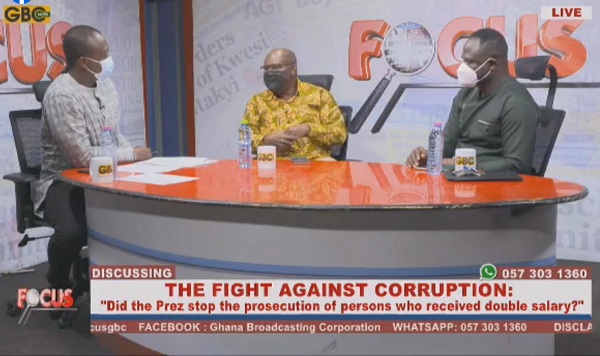 Former Attorney General, Ayikoi Otoo, has expressed disappointment in the Former Special Prosecutor, Martin Amidu’s recent comments on the issue of corruption in the country.

Mr. Otto said Mr. Amidu was given opportunity to work independently because he was trusted as the best person who could fight corruption.

He reiterated that Mr. Amidu’s resignation has no justification because he had the legal means to fight corruption, yet he bowed to pressure to resign.

He was speaking on GBC’s current affairs programme, ‘Focus’, which discussed the payment of double salary to former MPs.

Meanwhile, former Minister of Lands and Natural Resources, Inusah Fuseini has described the latest comment by former special Prosecutor, Martin Amidu on the receipt of double salary by some Former MPs as his own opinion.

Alhaji Fuseini expressed surprise at his comments because Mr. Amidu was in office at the time of the allegation.

He said he will avail himself at the police CID head office for investigation on the issue.