The Chairman of the Northern Development Forum (NDF), Major (Rtd) Albert Don Chebe, has said the Pwalugu multi-purpose dam project is one of the key projects that will drive positive change in northern Ghana.

He said the importance of the project cannot be over-emphasised, therefore, the government must leave no stone unturned in completing the project.

The NDF Chairman is on a one-week working visit to the regional capitals of the five Northern regions.

He urged the government to source external funding to ensure the early completion of the project.

He added that the NDF will support the Akufo-Addo-led government in its developmental plans for the north, to ensure that the people living in the area get their fair share of national development.

The NDF Chairman also bemoaned the performance of schools in recent times, indicating that “the [pass rate] in our schools is appalling and the trend must change. We must produce a high pass rate in our schools in our quest to catch up with the rest of the country”.

He abhorred the arbitrary increases in the prices of building materials in the North, especially cement and iron rods.

“We have to look at the prices of building materials carefully. How can we pay GHS50 and GHS53 for cement in certain parts of the north? It makes infrastructure development difficult. This debate has to come to the front burner,” he said.

Major Don Chebe congratulated Mr. Shani Alhassan Shaibu on his appointment, urging him to work for the improvement of the living standarda of the people. 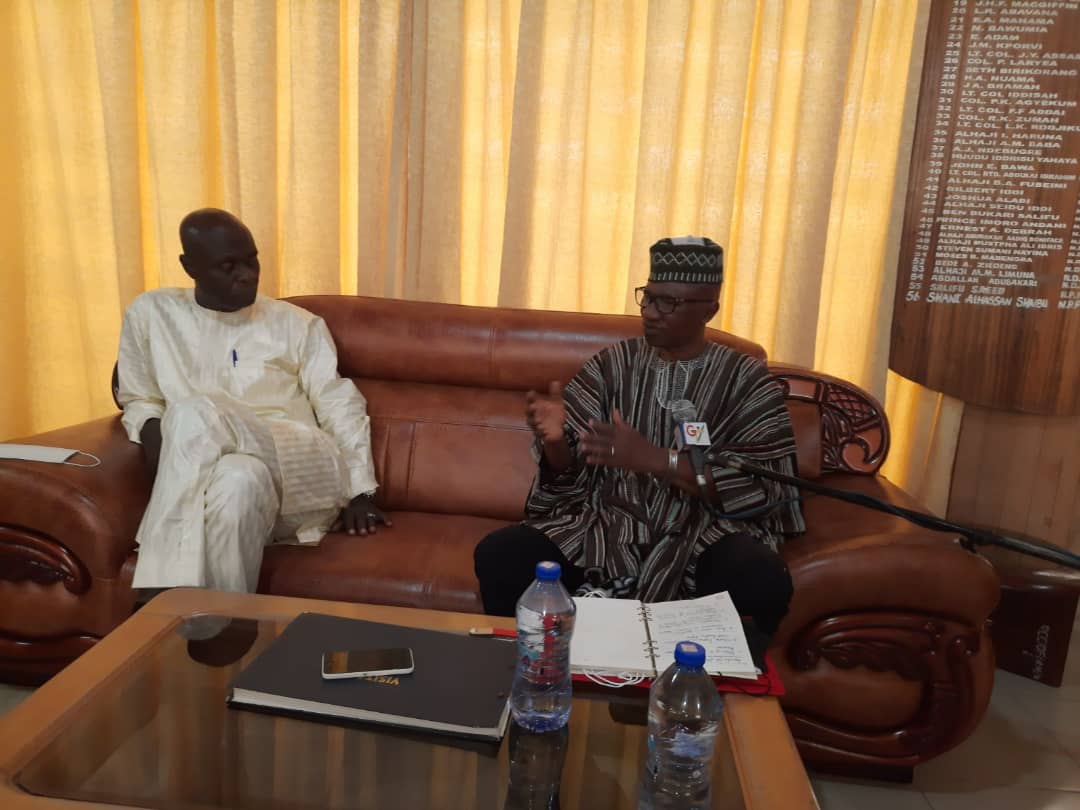 He described the Regional Minister as a gentleman who is passionate about the development of the Northern Region.

Mr. Shani Alhassan Shaibu, the Northern Regional Minister, commended the NDF for its strong advocacy role over the past years.

He assured the Forum of the government’s commitment to equal distribution of development projects to all parts of the country.

Mr. Shaibu described President Nana Addo Dankwa Akufo-Addo as a listening father and a President who will not ignore the concerns of the NDF, if tabled well.

He also thanked the NDF for their congratulatory message and the confidence reposed in him, assuring that he will support the President to push the Northern Development Agenda to its desired level.