The grieving parents of the 11-month-old girl who died at the hands of an abusive caregiver have urged the media and the public to stop sharing the CCTV footage that captured the circumstances leading to the baby’s death.

In a statement asking for their privacy to be respected, the parents urged the public and the media to “remain measured in circulating and discussing the video as it is a constant reminder of what our daughter went through.”

The death of the 11-month-old on May 18, 2021, shocked the public after a video extract from CCTV footage showing the incident in a classroom at her creche, Happy Bloomers School in Agbogba, North Legon.

The said video shows how the baby girl was restrained with both her arms behind her back, as she was forcibly fed by the caregiver, Clara Yani-Ampah.

The parents described their daughter as “an energetic and bubbly little girl who was looking forward to her first birthday next month [June].”

“Losing her this way is a profoundly difficult and painful experience for us. We would have wished to mourn privately,” the statement added.

The parents say they will share an accurate account of events “as and when it becomes necessary.”

Clara Anyani-Ampah has so far been arraigned before an Accra Circuit Court and remanded into police custody.

A docket on the case has been forwarded to the Attorney General’s Department for advice.

On May 18, the victim’s father reported to the Agbogba Police that the management of the school had called him to inform him that his daughter was sick and had been taken to the North Legon Hospital, where she was pronounced dead on arrival.

A team of police investigators went to the hospital, examined the baby’s body, and took it to the Police Hospital morgue.

The Proprietress of the school, Christiana Atta Kumah, later handed over the CCTV of the day’s activities in the school to the police, which revealed the abuse of the caregiver.

The baby’s body has since been released to the family for burial.

Find below the full statement 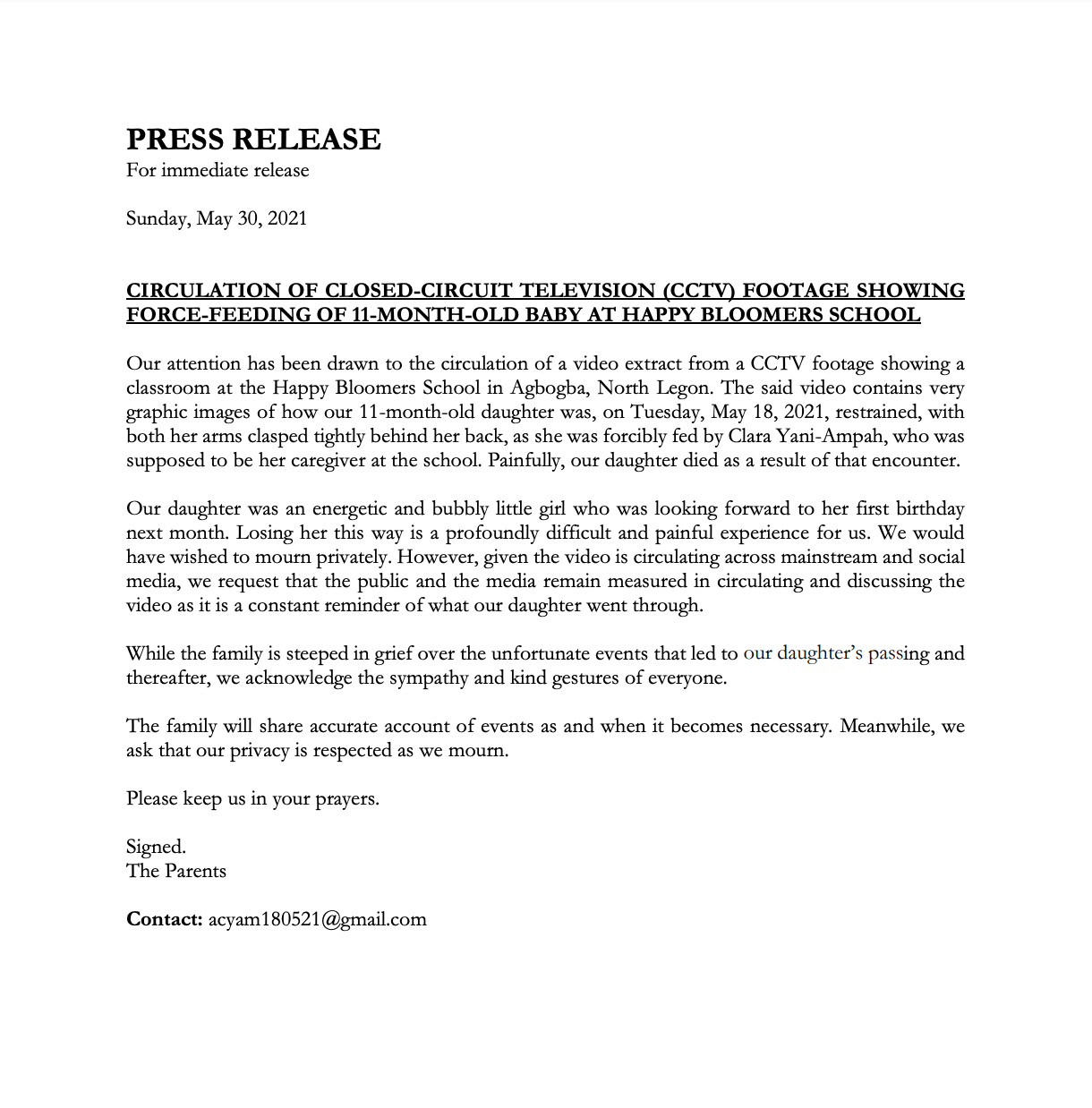