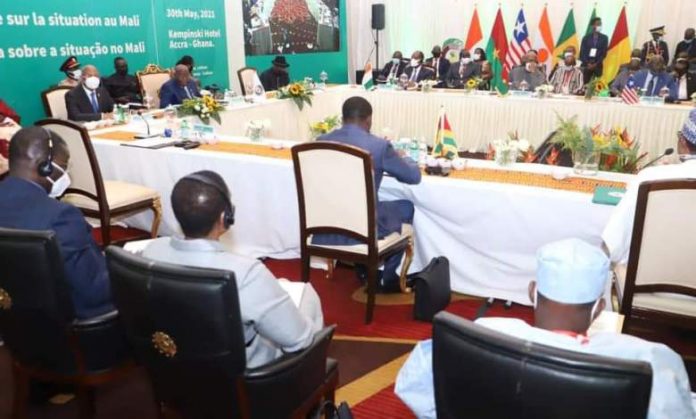 The Authority of Heads of State and Government of ECOWAS has suspended Mali from its sub regional bloc.

The country has been asked to follow previous transitional road map and return the country to constitutional rule.

A communique issued in Accra at the end of an Extraordinary Summit, condemned all actions that led to ongoing instability and called for a new civilian Prime Minister to be nominated immediately.

The six-hour closed door marathon meeting also called for the formation of a new inclusive government to proceed with the transitional programme.