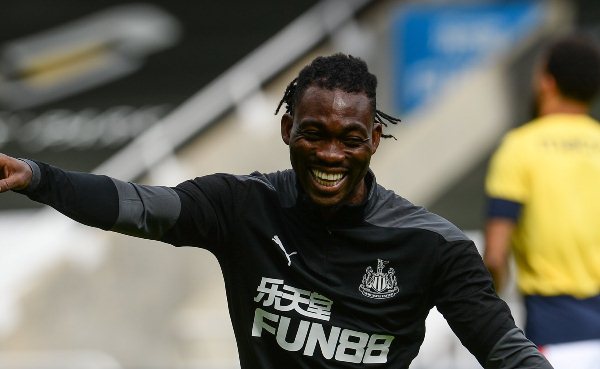 Ghana winger Christian Atsu has revealed that he is set to leave English Premier League club Newcastle United when his contract ends later this month.

The 29-year-old has taken to social media to bid farewell to the club and its fans but did not say what his plans are.

Atsu was signed on a permanent deal in 2017 from Chelsea by former boss Rafa Benitez having spent the previous season on loan with Newcastle and helping them earn promotion to the Premier League.

“When I arrived in Newcastle almost 5 years ago, I was made to feel welcome from the start..by everyone at the club and especially by the fans,” he posted on Twitter.

“I grew to love the city and my young family feel very at home here. Sadly, the time has now come for me to leave the club, so I just wanted to say a big thank you to everyone who is part of the Newcastle Utd family.

“Thank you to the Toon Army fans, a lot of whom I’ve met around the city. I will never forget my time in the North East and for sure I will follow the results every week.

“Thank you my Geordie staff, players and fans, it’s been a pleasure!”

Atsu struggled to make himself a first-choice player at times and made a total of 121 appearances for United in all competitions, scoring eight goals.

He was not part of Newcastle’s 25-man Premier League squad in the first half of this season and his only appearance was as a late substitute in a win over Blackburn in the Carabao Cup back in September.