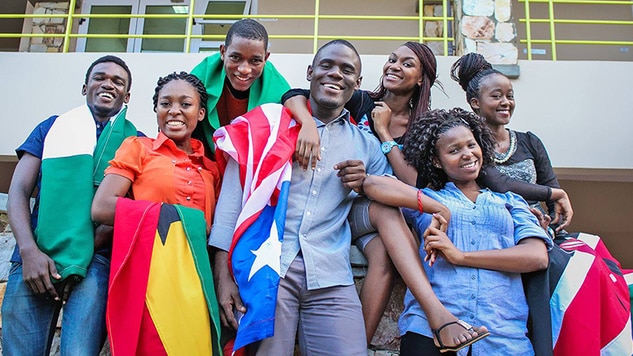 NEWS COMMENTARY CALLS ON AFRICANS TO WORK FOR A DESIRABLE CONTINENT BY EMPOWERING THE YOUTH.

A number of notable yearly commemorations and declarations by global powers within the context of their socio-political relations with Africa over the last century, made the past week a momentous one for the Continent.  Whether it is the celebration of Africa Day with the focus on youth, the commemoration the 46th anniversary in Abuja, Nigeria, or an appeal for forgiveness in Kigali by French President Emmanuel Macron for his country’s role in the 1994 Rwandan Genocide, the last week of May saw a lot coming out of Africa. But if the past week has been a notable one for Africa, the last year has been more eventful. The onset of the COVID-19 pandemic at the beginning of 2020 only exposed or worsened the problems that continue to plague the Continent.

Limited access to health services and infrastructural deficit, recession, slowdown of economic activity and debt-distress of many countries, internal conflicts and insurgent activities, especially across the Sahel and down the East African Rift Valley, with another coup in Mali, ironically on Africa Union Day, election-related abuse and disturbances, and, most importantly, the continued challenge of political and economic leadership to bring the necessary reduction in endemic poverty remain some of Africa’s chronic difficulties.  The African Union commemorated Africa Day 2021 with the theme, “The Arts, Culture, and Heritage: Levers for Building the Africa We Want”. “The Africa We Want” is the sub-title of Agenda 2063, the Africa Union’s shared strategic framework for inclusive growth and sustainable development adopted at the 24th African Union Assembly of Heads of State and Government in Addis Ababa in 2015. “The Africa We Want” blueprint is furthermore a concrete manifestation of the pan-African drive for unity, self-determination, freedom, progress and collective prosperity pursued under Pan-Africanism and African Renaissance.

According to the African Union Development Agency, the purpose of commemorating Africa Day with the youth is to serve as a platform for showcasing Africa’s talent through the Arts, Culture, Innovation and Entrepreneurship. However, currently, there are about 600 million young people in Africa that are not employed, are uneducated or are in insecure employment. Considering the fact that Africa has the youngest population in the world with 70 percent of its 1.3 billion people below the age of thirty. These are young people who are skilful, self-confident and have easy and wider access to information. So, with the right programmes and engagements to tap and develop their talents, this so-called demographic dividend can yield results in harmony with Africa we all want.

Otherwise, the youth may lose focus, as well as hope and confidence, not only in political leaders of their respective nations but also in themselves. There is an adage which says, the devil finds work for idle hands. So when the youth with all the energy, as well as budding skills in digital technology which can easily be channelled into profitable ventures like small business start-ups, rather express frustration and fury on social media through protests and campaigns, the worse the situation assumes for the continent’s youth The EndSars decentralized social media movement and mass protests in Nigeria in October last year, street demonstrations in DR Congo, and the one in Malawi that led to the annulment and rerun of the presidential elections, as well as the highly visible FixTheCountry campaign in Ghana, readily come to mind.

Yet, much as today’s African youth are very justified in holding their leaders’ feet to the fire for accountability, the onus lies on them to take their destinies in their hands by any legitimate and responsible means necessary. Self-empowerment by taking free online courses and reading relevant materials, self-belief, discipline, integrity, humility, respect for authority and the firm and unshakeable faith that they are created in the image and likeness of God.  That fulfilment ought not to be necessarily recounted in bundles of dollar bills or wads of cedi notes, but in dignity, self-respect and peace of mind in being useful to their communities, society, nation and the Continent.

Script Is By Raymond Tuvi, A Media And Development Consultant.