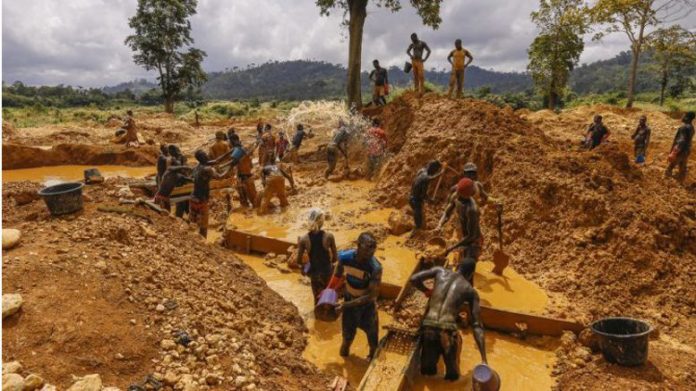 Five persons including three Chinese have been arrested in the fourth phase of Operation Halt two, which aimed at clearing illegal mining from water bodies across the country.

The operation led by 420 officers from all ranks of the military and Airforce also destroyed 592 items including excavators, shanfans, motorbikes, pumping machines among others.

In all these four operations ‘105 excavators have been destroyed. At a media briefing in Accra on the current operation Minister of Defence, Dominic Nitiwul observed that illegal miners are now moving their excavators and other mining equipment from the 100-metre space along the river bodies which used to be designated areas marked for the seizure of such equipment.

The miners believe once the equipment is not within that space it cannot be destroyed. Previously, excavators seized were within the 100-metre scene along the river bodies.

Mr. Nitiwul said a decision will now be taken on those who move their equipment away from the 100 metres along the river bodies very soon.

Meanwhile, prosecution of illegal miners is underway in different courts across the country. Minister of Information, Kojo Oppong Nkrumah giving an update on prosecutions said about 41 persons are being prosecuted.

They include eight Chinese and the rest Ghanaians. If found culpable they will be convicted.