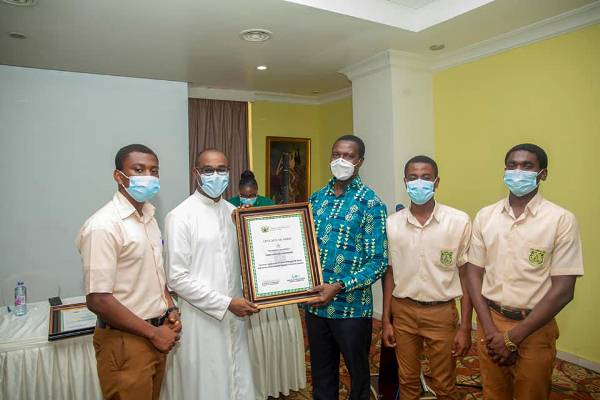 The Ministry of Education has rolled out two ranking schemes for all Senior High Schools in the country.

The new scheme will place each Institution in its proper perspective and help fully assess the free SHS Policy.

The first which is the ‘National Ranking’ is expected to rank each school on a scale of one to 10 with 10 being the highest score while the second dubbed “Similar Schools ranking” will place schools with equal infrastructure and grading in the same category for fair assessment.

The sector Minister, Dr. Osei Yaw Adutwum announced this in Kumasi when he rewarded 10 top Senior High Schools in the Ashanti region.

The first of the two National school Rankings is expected to group schools on the scale from one to 10 with 10 being the highest score.

The second ranking dubbed:  “Similar Schools ranking” will place schools with equal infrastructure and grading in the same category for fair assessment.

The Minister of Education, Dr. Osei Yaw Adumtwum said researchers will be sent to each school for data and assessment which will be collated for both ranking systems. The exercise is expected to take off once the current regional assessment and ranking are completed.

Dr Adumtwum commended President Akufo-Addo for providing a level playing field for every student to develop their potential under the free SHS programme. He said the current league table of Ashanti Regional schools gives ample testimony about the fairness of the system where the less fancied schools have dislodged the favoured ones.

The Ashanti Regional Minister, Simon Osei Mensah, said work on 278 educational infrastructure in the region are ongoing. He said all these are part of processes towards abolishing of the double track system.

The award ceremony of the “10 per cent Top 10 Schools” in the Ashanti region focused on 10 per cent of the 135 schools in the region whose general performance between the score of A1 to C6 were assessed.