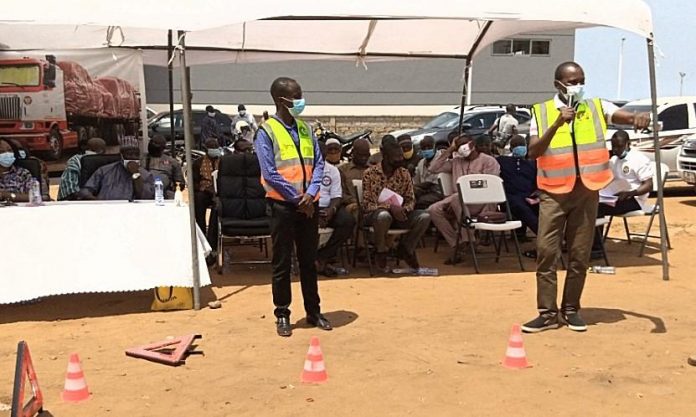 The Ghana Shippers Authority (GSA), in collaboration with the Ghana Highways Authority, has developed an Axle Load Protocol to help haulage drivers known what is required of them when they reach an axle load station.

Chief Executive Officer of the GSA, Ms. Benonita Bismarck revealed this in a speech read on her behalf at a day’s sensitisation workshop for haulage truck drivers in Tema to equip them with the needed knowledge on the transit sector.

Ms. Bismarck said that the Axle Load Protocol was a step-by-step process of what to do once a haulage truck driver got to any Axle Load Station.

“The document, which is in both English and French, will be posted at each Axle Load Station to help clarify requirements at these stations and mitigate abuse of truck drivers,” she said.

She said the move was to check the malpractices at the axle load stations, which were unearthed in some quarterly fact-finding missions the GSA undertook along the major transit corridors of the country since 2018.

She noted that the protocols were also to augment the E-platform the GSA instituted some few years ago for the reporting of non-tariff barriers.

“The performance report of this platform has indicated that an average of 98 per cent of all reported complaints against the Police, Axle Load Officers, Customs and other operatives along the corridor have been resolved,” she said.

The GSA, she said was therefore urging all truck drivers to use the platform as their first point of call for issues along the corridor by calling +233547383875 as all relevant stakeholders were on it to address their issues.

Touching on some alleged police harassment of transit truck drivers along the corridor, she gave the assurance that the GSA was collaborating with the Police Administration to conduct sensitization seminars for personnel along the corridor.

She applauded the Inspector General of Police, Mr. James Oppong-Boanuh for his commitment to remove trade barriers along Ghana’s transit corridors and especially setting the seminar series in motion.

She disclosed that a fact-finding trip was undertaken by the GSA from May 24-28, 2021 on the Tema-Hamile corridor recorded 55 police and MTTD stops which comprised of 40 permanent and 15 temporary barriers.