The President, Nana Addo Dankwa Akufo-Addo, has announced that the next phase of Ghana’s waste management is to convert trash to energy.

He indicated this will add to Ghana’s energy capacity and also ensure the realisation of the clean Ghana agenda.

According to him, the government has provided an enabling environment through the Public-Private Partnership (PPP) to make this work.

This situation, he said, presented enormous investment opportunities for which the private sector can take advantage of.

“I will therefore reiterate my invitation for more private sector companies to collaborate with government in creating business opportunities in the waste management space such as waste to energy, recycling and composting,” he reiterated. 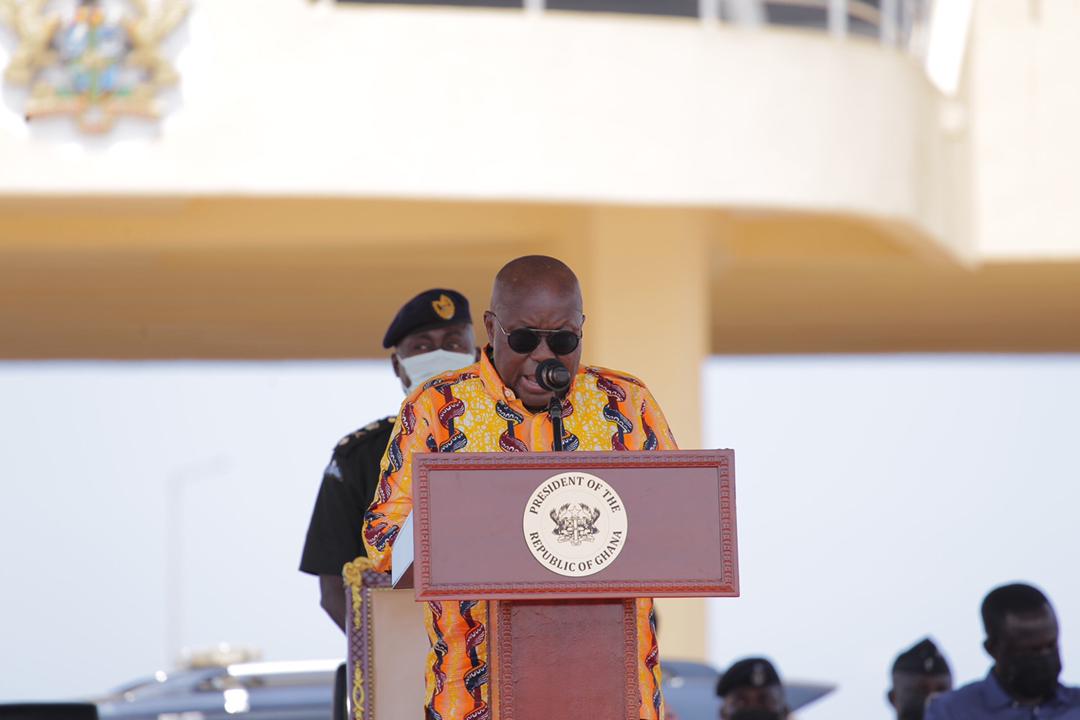 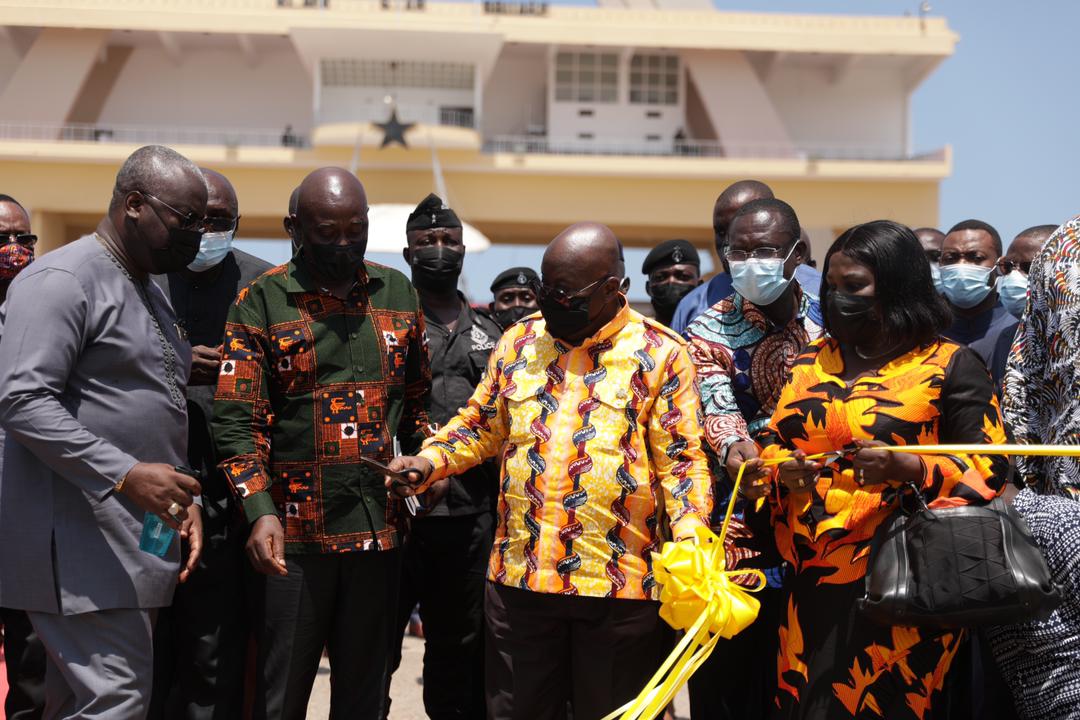 President Akufo-Addo maintained that rapid population growth with its consequent increase in human activities meant that waste management generation activities still continued to be a challenge in the country.

In this regard, he underscored that the procurement of this additional fleet by Zoomlion will go a long way to address the waste management problems in the country.

President Akufo-Addo made the announcement during the unveiling of 100 state-of-the-art waste management trucks and 25 disinfection equipment secured by waste management company, Zoomlion Ghana Limited, at a brief and colourful unveiling ceremony at the Independence Square in Accra, on Tuesday. 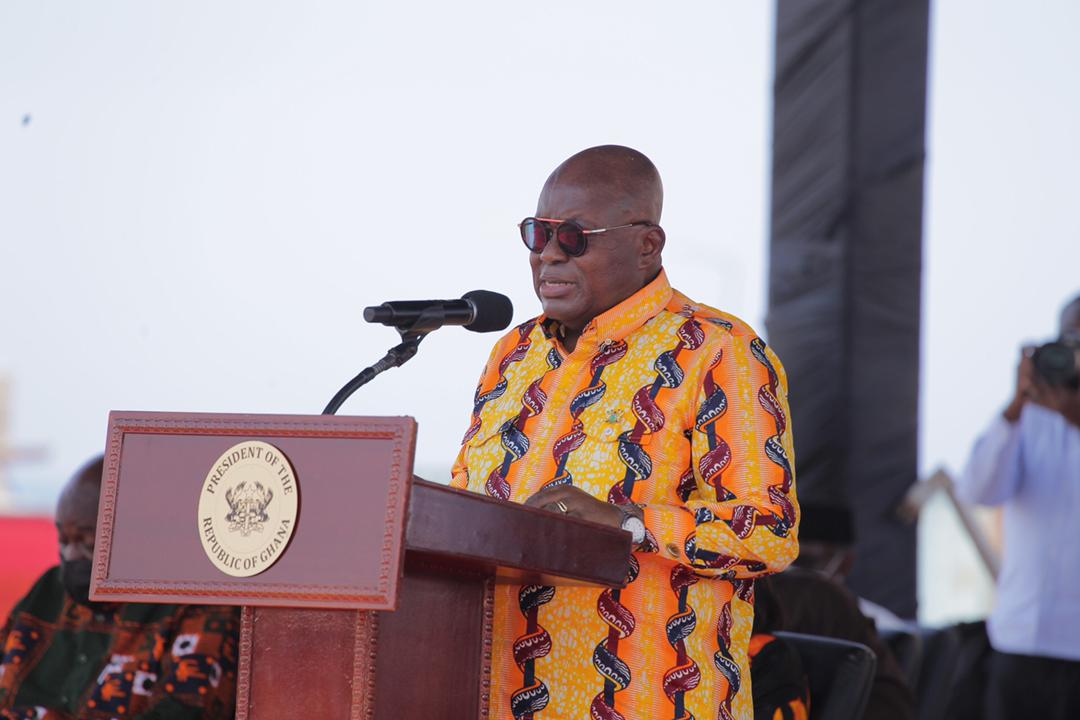 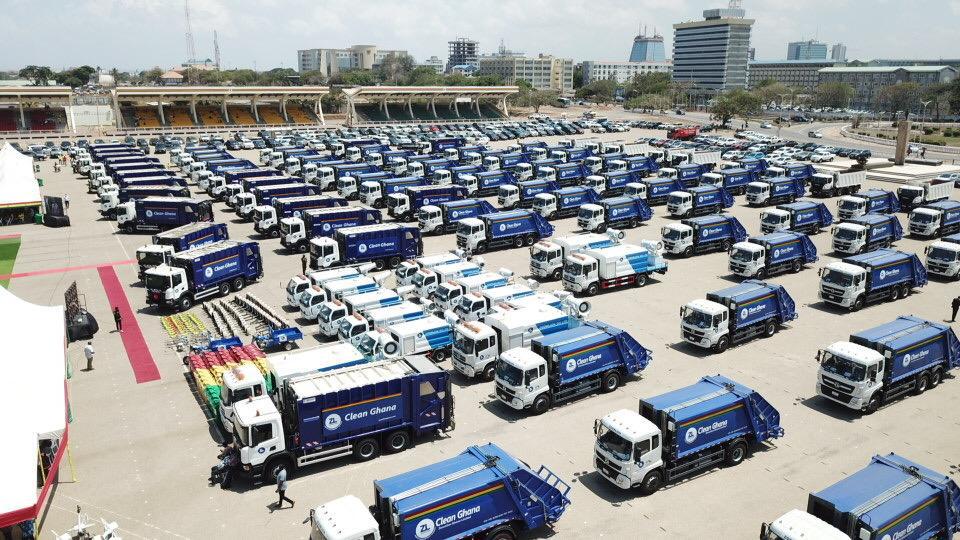 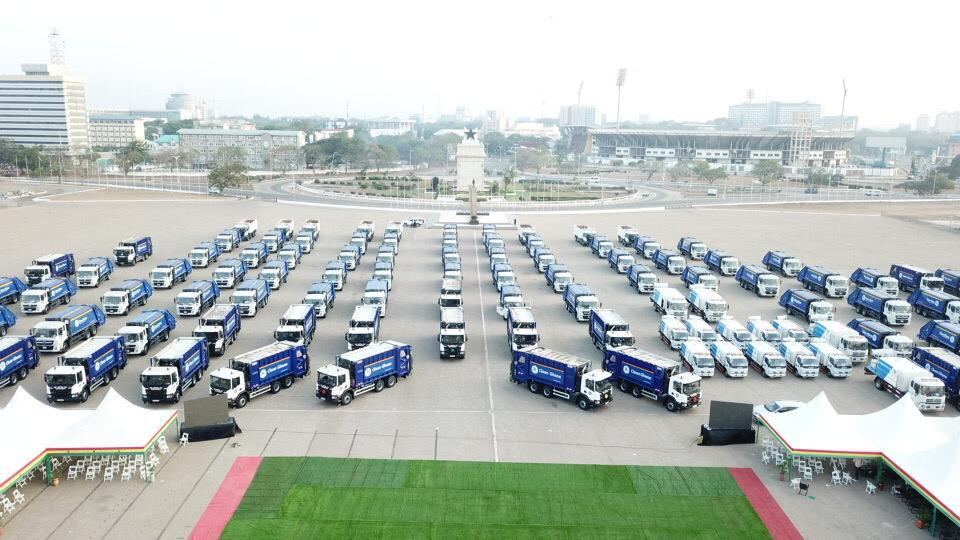 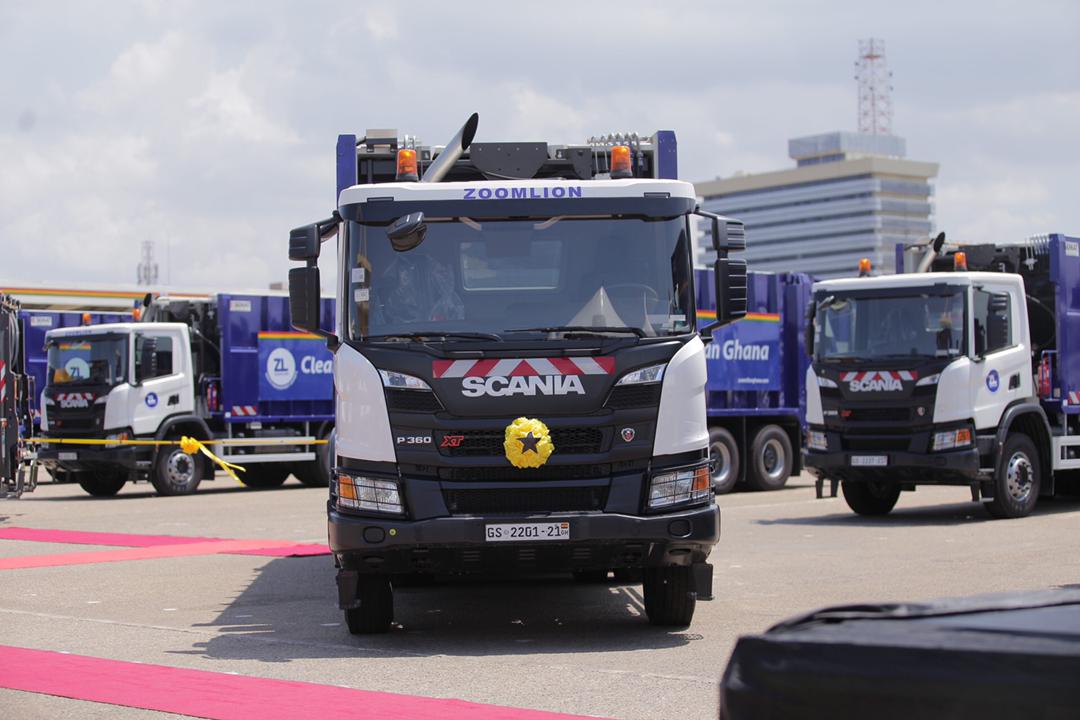 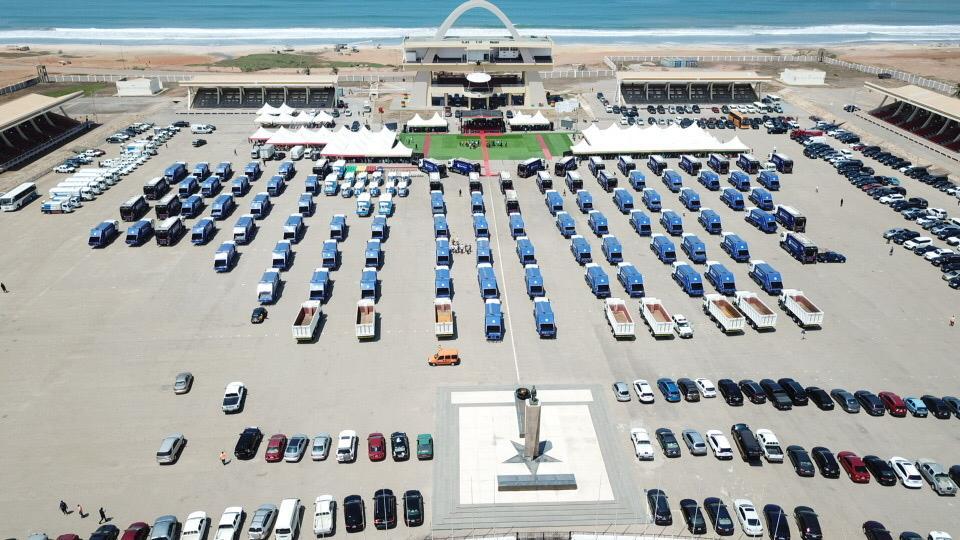 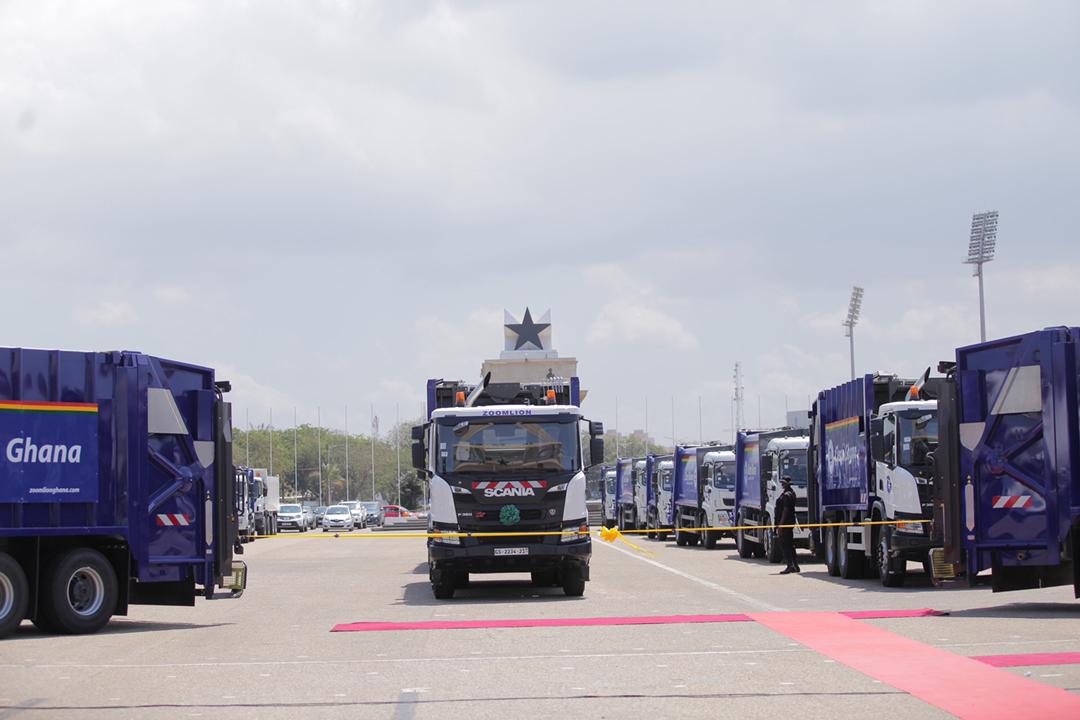 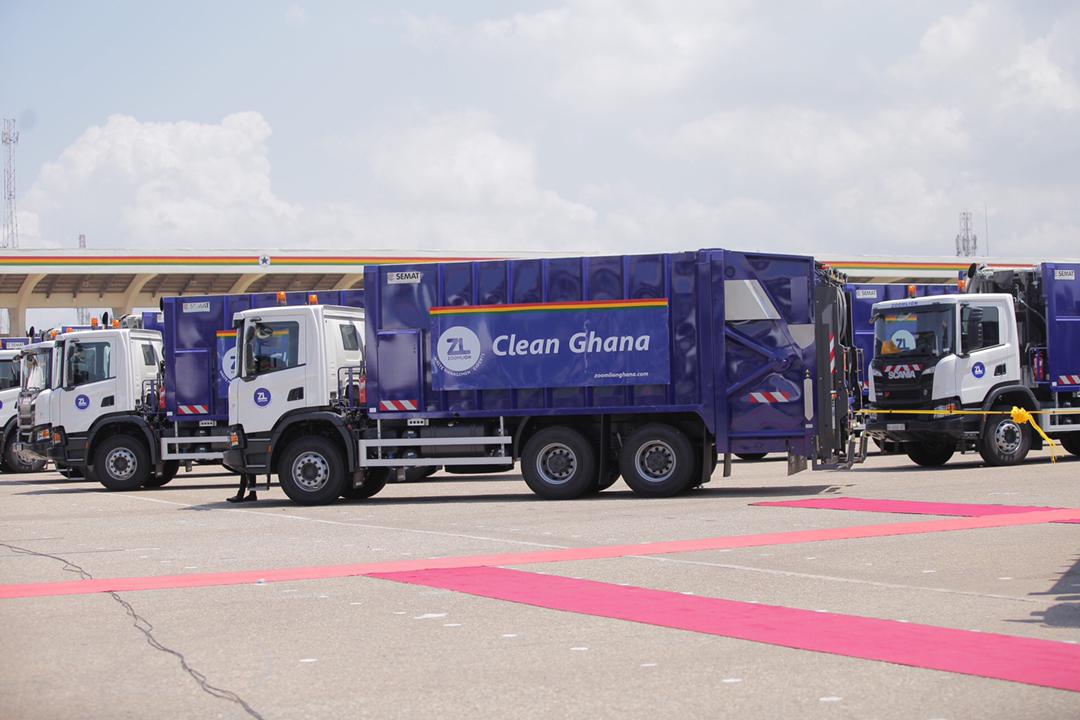 In a welcome address, the Greater Accra Regional Minister, Henry Quartey, said the unveiling of the fleet of waste trucks confirmed the need for the government to continue to engage with the private sector.

“I stand to pledge the resolute commitment of the Regional Coordinating Council and all Metropolitan and Municipal and District Assemblies (MMDAs) to ensure these trucks are put to judicious use while strictly adhering to maintenance regimes for a longer life span,” he assured.

He stressed that his ministry will continue to collaborate with Zoomlion and its affiliates and the Environmental Service Providers Association (ESPA) to provide quality service to communities, especially those in the Greater Accra Region.

However, he called on the citizenry to also play their role and avoid littering indiscriminately after the waste has been collected.

“Accra can and must indeed work again. Each one of us has a role to play in achieving this,” the regional minister noted.

The Minister for Sanitation and Water Resources, Mrs Cecilia Abena Dapaah, commended the President for his unwavering commitment to ensure that Ghana becomes the cleanest country in Africa. 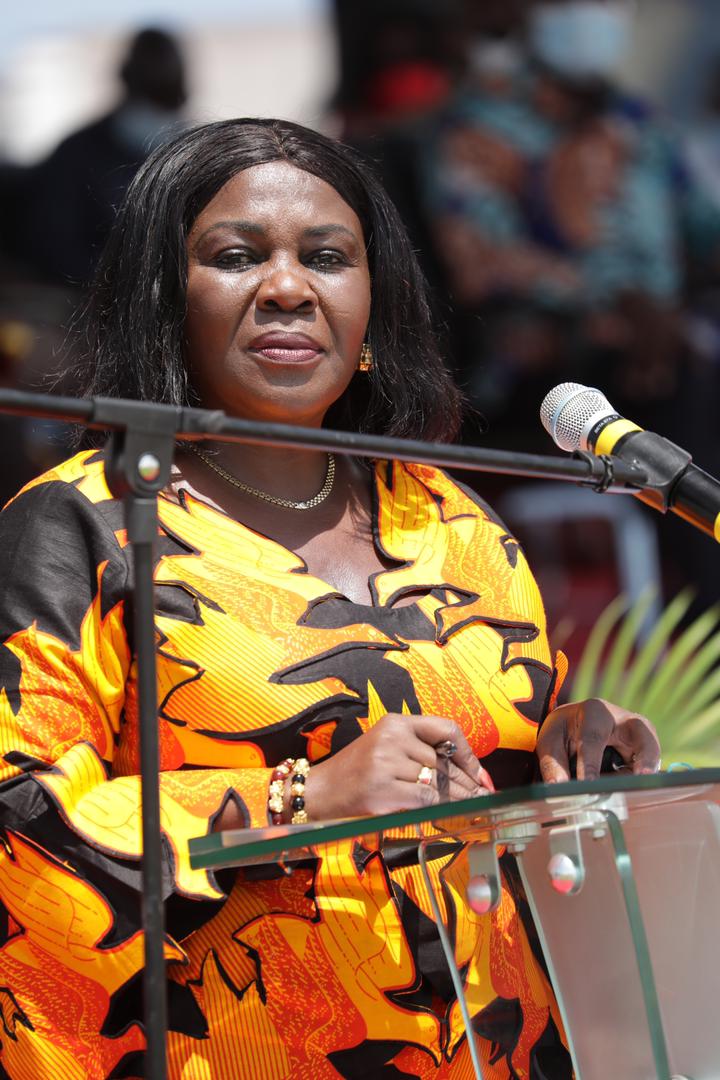 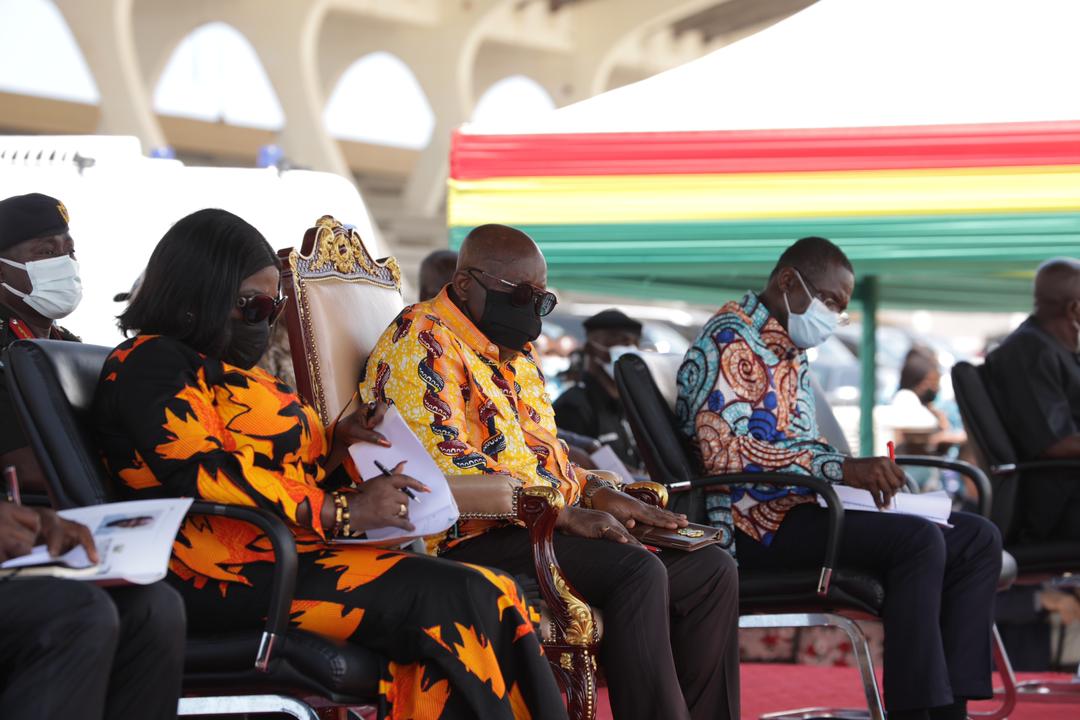 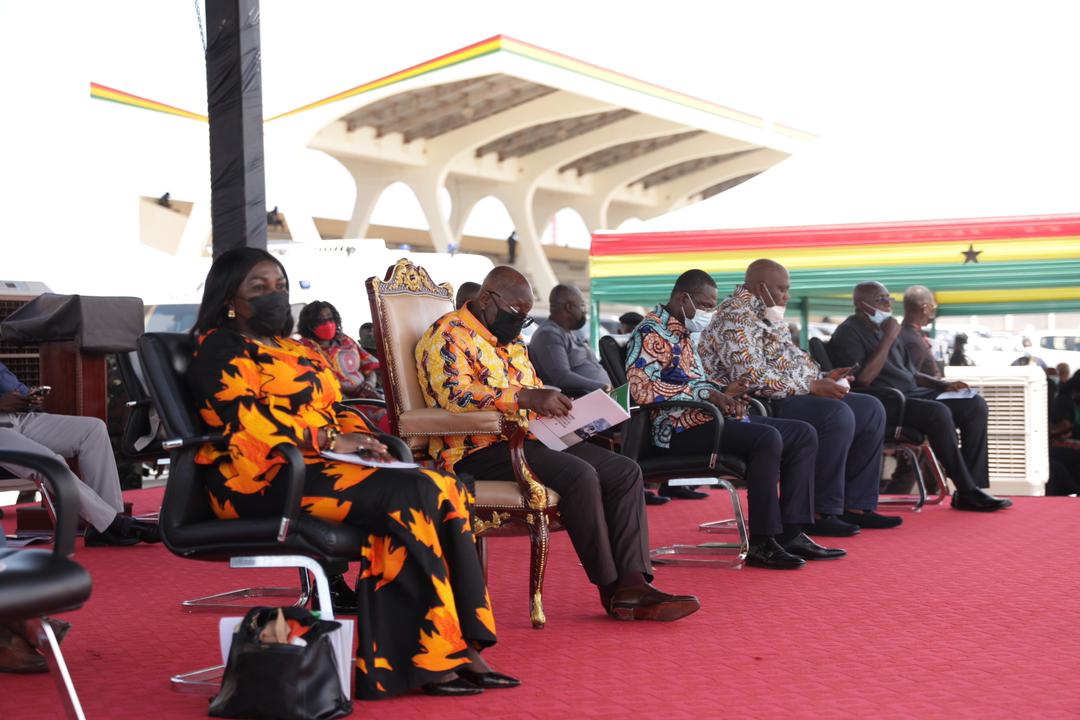 She said under the presidency of Akufo-Addo, her ministry, the first of its kind in the history of Ghana, has achieved a lot in the sanitation space.

“For the first time, many aged dumpsites have been evacuated across the country,” she said.

She pointed out that her ministry has had some excellent working relations with stakeholders in the sanitation sector, thereby commending Zoomlion for its enormous role in the sector.

In a brief remark, the Executive Chairman of Jospong Group of Companies (JGC), Dr Joseph Siaw-Agyepong, disclosed that his outfit was unveiling 100 state-of-the-art trucks with modern technology and well-trained drivers to boost their already existing fleet. 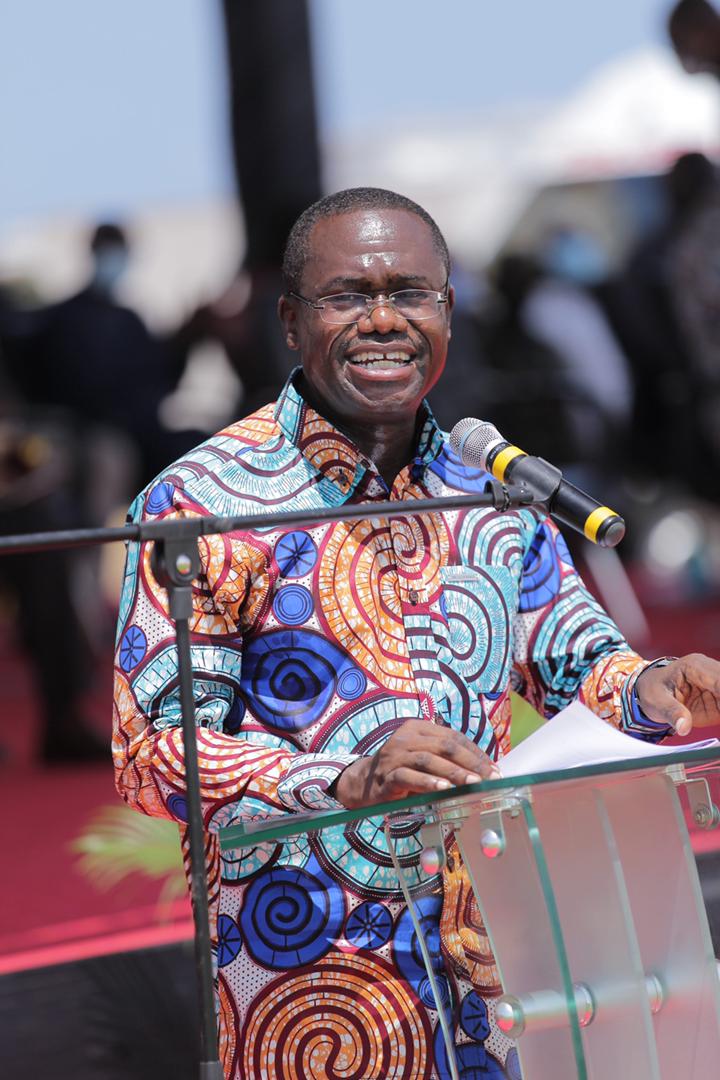 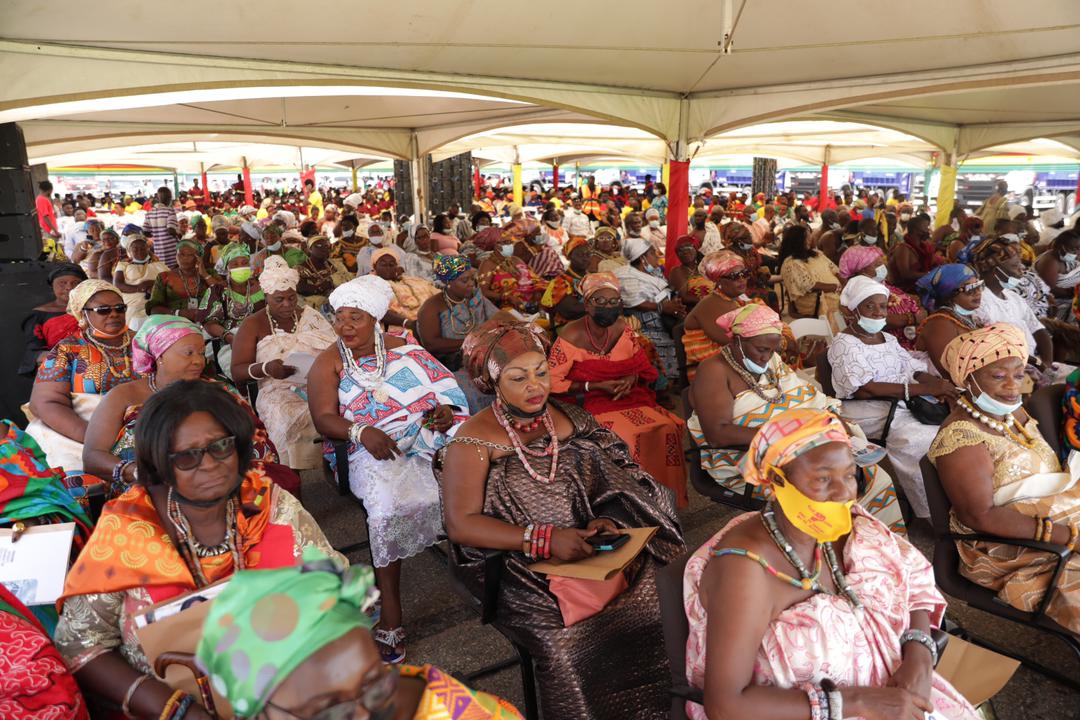 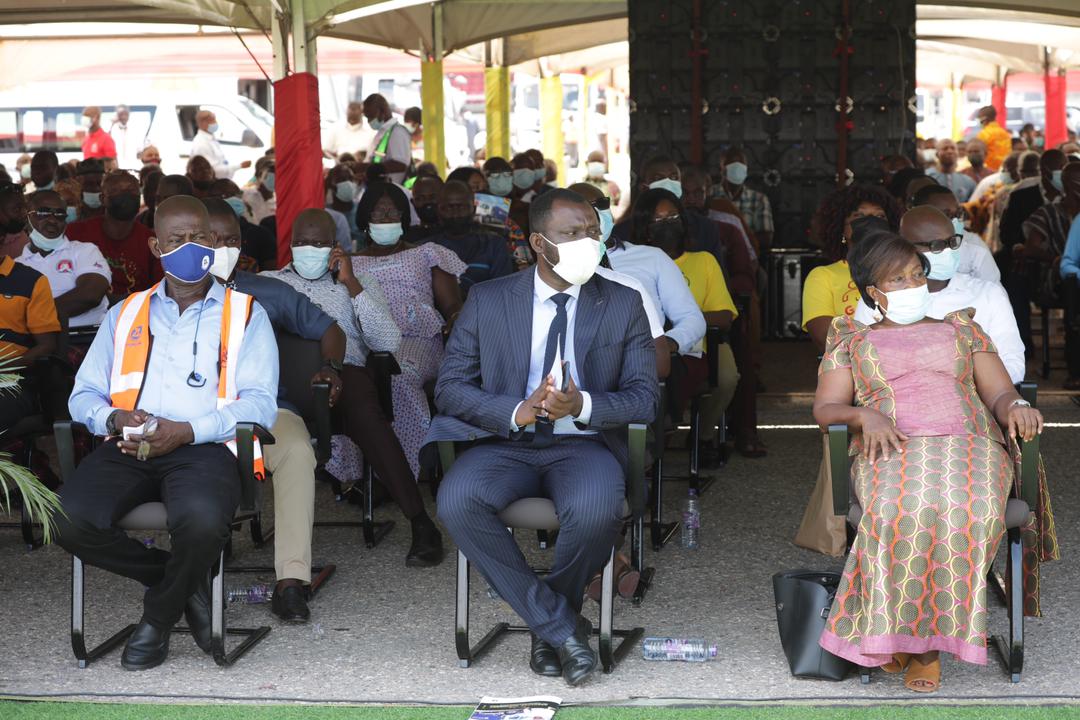 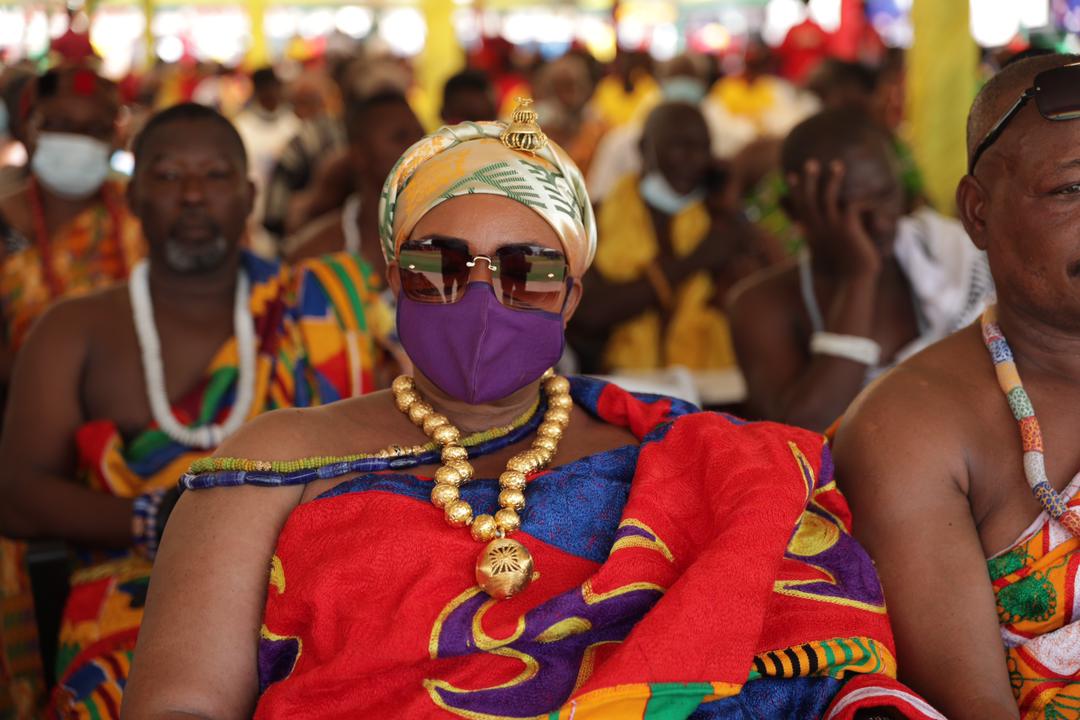 He said this was part of a total consignment of five hundred (500) new waste trucks acquired by his group.

“It is expected that the remaining trucks would arrive by the end of the third quarter of this year,” he added.

Additionally, he revealed that JGC was on the verge of receiving over 5,000 motorised tricycles.

These tricycles, he said, will be distributed across the country to support the haulage of solid waste in the cities and communities.

He used the opportunity to announce that a new phase has been added to his company’s operations.

“Our drivers have been taken through rigorous training on discipline, defensive driving and customer service to ensure that they deliver service at an optimum standard,” he said.

Concluding, Dr Siaw-Agyepong thanked the Akufo-Addo administration for enabling the private sector to thrive and contribute to the social and economic development of the country.