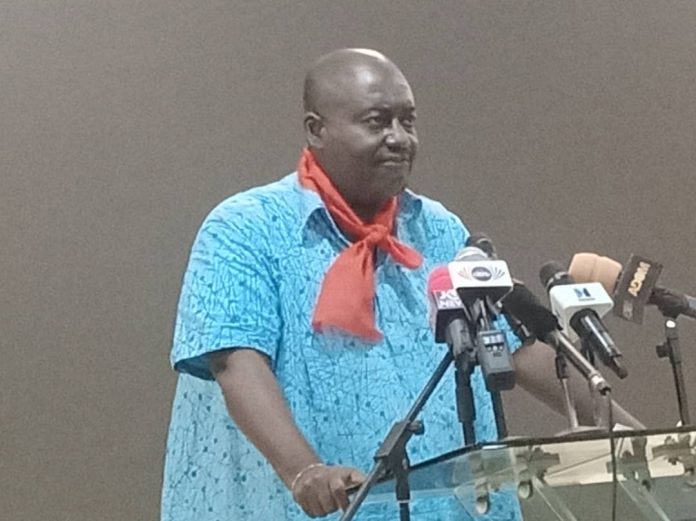 The Civil and Local Government Staff Association, Ghana (CLOGSAG) has called on the Public Services Workers and Employee’s Pension Scheme (PSWEPS) to scrap and reverse pensions funds transferred into its scheme.

The Association said pension funds of workers were illegitimately transferred to the PSWEP-Scheme without their knowledge and consent, calling for those amounts of money to be returned and the scheme scrapped because, “PSWEPS has outlived its usefulness, hence it must be scrapped off”.

The Executive Secretary of CLOGSAG, Isaac Bambo Addo at a news conference, stated that, “PSWEPS is indeed creating a bad name for the Government”.

He said, “the administration of pensions in the Public Services is still plagued with issues relating to the temporary pension scheme known as Public Services Workers and Employee’s Pension Scheme (PSWEPS) established by the Ministry of Finance in 2017 temporary for Public Institutions that had not identified with the four public sector schemes”. 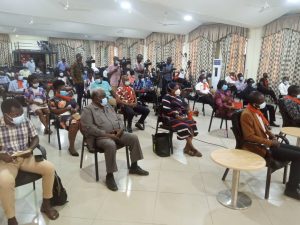 Mr. Bambo Addo said the scheme was established as a temporary one for workers and since CLOGSAG and other associations now had their own pensions trust for workers, there was no need for transfers into the old scheme,…” currently, our members at the Lands Commission had found their deductions redirected to PSWEPS without any reason or desire of the workers opting for such a change. To correct such a discrepancy, the workers have written to their management about their preference for Hedge Master Trust Occupational Pension Scheme”.

He said the act constituted a violation of the pensions law and called on the Ministry of Finance, which operates the scheme, to dissolve it and return the funds to workers’ pension funds.

Mr Bampoe said GH¢5 million contributions of members of CLOGSAG under the Hedge Master Trust Occupational Pension Scheme were under unknown circumstances diverted into accounts of PSWEPS, adding that efforts to retrieve the money were unsuccessful.

“By the GLICO report, it has been established that about GH¢53 million were syphoned and transferred to PSWEPS. PSWEPS ought to transfer this amount to the Hedge Pensions Master Trust Occupational Pension Scheme,” he added.

The Executive Secretary said they had informed the appropriate authorities on the matter and expressed the hope the issue would be addressed latest by June 18, 2021.
“If no positive action is taken on the issues by then, we would employ other options to get the best deal for our members.

“Pension funds belong to the contributors. They do not belong to any person or institution, neither the schemes nor government or employer can touch it. CLOGSAG is by this communiqué cautioning all to keep their hands off and allow the funds to grow for the benefits of the contributors,” he added.

According to CLOGSAG, it would fall on other legal options to get the best deal for its members, nothing is done by June 18, 2021.