The Ghana Police Service has advised the public not to honour any invitation to participate in a demonstration organized by conveners of the #FixTheCountry protest that does not comply with provisions of the Public Order Act.

The Police Service’s statement comes after a Supreme Court ruling quashed an earlier order they secured from a High Court to restrain the protestors from staging a demonstration.

According to the police, the decision of the Supreme Court does not conclude their litigation with the conveners of the protest at the High Court as the substantive case will be heard on June 14, 2021.

“The substantive case between the police and the conveners on the right to demonstrate is still pending at the High Court (Criminal Division 1) Accra, and slated for hearing on Monday, June 14, 2021,” the police said in the statement.

On May 6, 2021, the Ghana Police Service secured an injunction from the High Court using COVID-19 as an excuse to stop a planned demonstration by the #FixTheCountry campaigners. 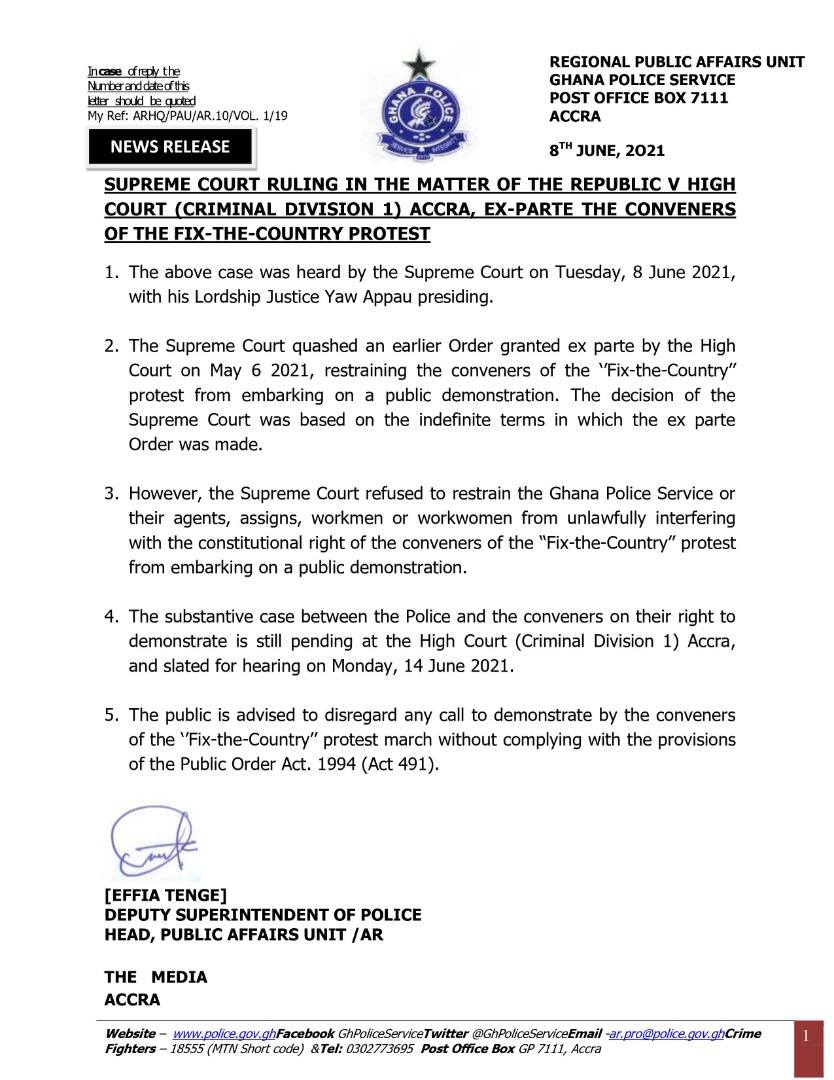 “It is hereby ordered that the organizers/conveners of FixTheCountry protest march, their associates, officers, agents, assigns, and workmen are prohibited from embarking on any demonstration on Sunday, 9th May 2021, or any other date until the restriction on public gatherings is lifted by the appropriate authority,” the order secured by the police read.

The Supreme Court on June 8, 2021, after hearing arguments from both sides, nullified the injunction, giving the green light to the protestors to stage their demonstration.