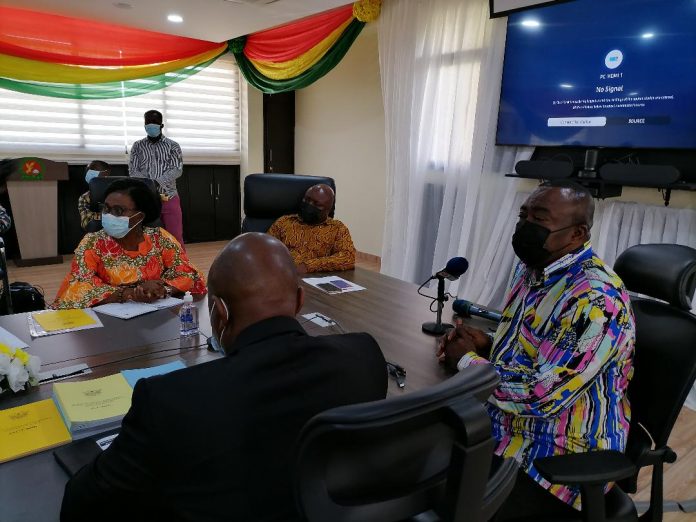 Mr. Joseph Cudjoe, the Minister of Public Enterprises, on Monday paid a working visit to the State Interest and Governance Authority (SIGA) and urged it to help in safeguarding investments in state-owned enterprises (SOEs).

He said a lot of state resources had been invested in specified entities like the SOEs, joint venture companies, and regulatory firms, but those investments had not yielded the expected results in terms of performance, output and outlet.

SIGA is tasked to promote, within the framework of government policy, the efficient and profitable operations of statutory corporations engaged in trade.

Mr Cudjoe expressed regret at the loss of investment in the Black Star Line, which owned 25 ships at the Tema Harbour some time ago, the Ghana Airways and other state investments in telecommunication, among others, which were mismanaged leading to their collapse. 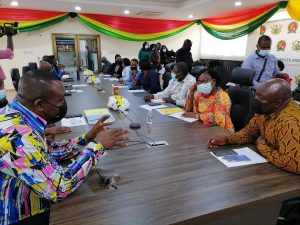 “All I’m saying is when we look at every sector where the state had poured investment in, if the outcomes have been what we expected as we made the investment, today, Ghana would be doing very well,” he said.

“But that is a problem the President wants to solve. We want to look at 175 specified entities, comprising 52 State-Owned Enterprises, 46 joint venture companies and 77 other state equities, as portfolio of investment and make sure that those that must be partnered with strategic investors are done, and those to be funded through the stock exchange are also taken care of.”
As part of the tool for solving those problems, he said government had created SIGA to be responsible for its shares and administer it to generate the maximum benefits.

He said President Akufo-Addo’s vision of the One District One Factory programme, which had provided 76 private sector-led companies, with more in the offing, was to create wealth for the country “by way of making sure that those that must be partnered with strategic investors are done.”

Mr Stephen Asamoah Boateng, the Director-General of SIGA, agreed with the Minister that more had to be done by the Authority, whose mandate was to ensure good corporate governance and help manage SOEs more profitably.

He said SIGA was poised to work with its partners, the Banks, the Public Services Commission, and the Regulatory institutions to manage the SOEs into more profitable entities.

He emphasized the importance of creating wealth in the Ghanaian community and said that was what SIGA was poised to do, to make its work relevant to the ordinary person.

The Authority was working with the Stock Exchange, the Securities and Exchange Commission, and the National Insurance Commission to list many state-owned enterprises onto the stock exchange to make it easier for the ordinary Ghanaian to buy and earn some of the dividends.

SIGA was created to replace the merged Divestiture Implementation Committee and the State Enterprises Commission in 2019, while the Public Enterprises Ministry was created this year by President Akufo-Addo.