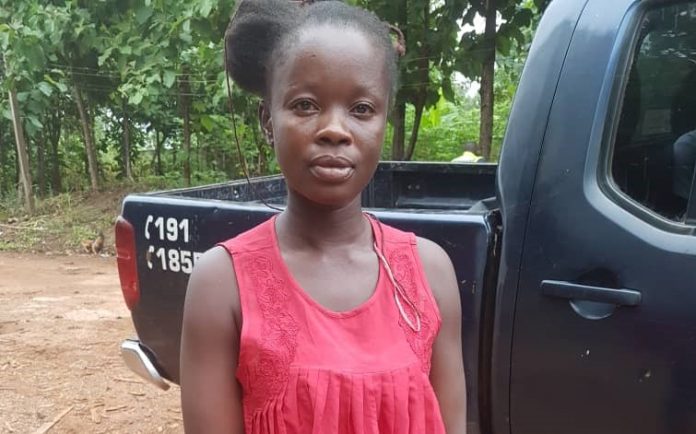 The Abesim Police in the Sunyani Municipality have arrested Ms. Hilda Asumani, a hairdresser aged 27, for allegedly stabbing to death her partner, Prince Yaw Aboagye, a 30-year-old engineer of Oti Yeboah Complex Limited.

The deceased popularly known as ‘engineer’ who suffered multiple wounds on his neck and chin was said to have been in a relationship with the suspect for about six years and had a child, but Ms. Asumani came into the relationship with a son.

Some neighbours interviewed by the Ghana News Agency at Abesim stated that the couple had been engaging in series of quarrels for some time at the least provocation and only woke up on Tuesday morning to find deceased in a pool of blood.

One of the residents who pleaded anonymity said Ms. Asumani and Aboagye had a misunderstanding on Sunday, accusing the latter of having an affair with another woman.

Ms. Asumani, therefore, seized the deceased’s mobile phone and that led to a quarrel which was later resolved, but she refused to give him back his phone.

According to the neighbours, the suspect allegedly stabbed the deceased four times on the neck and chin with scissors and the body of the deceased was found lifeless in the morning, lying in front of their room in a pool of blood whereas Ms. Asumani was hovering around in a confused state.

The body has since been deposited at the Sunyani Regional Hospital for postmortem, while the suspect is assisting the Police in investigations.