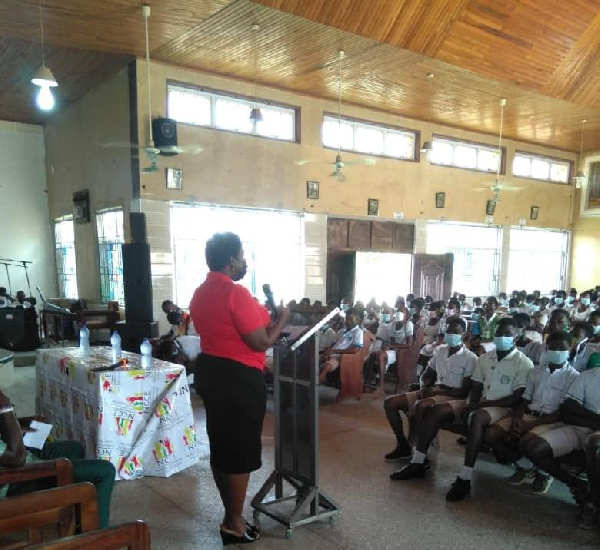 More than 800 basic schools in the Ashanti Region, have participated in the commemoration of this year’s Citizenship Week meant to inculcate in students and pupils the values of citizenship.

The occasion was to remind the younger generation of their responsibilities and the role they could play in building a strong, vibrant, and democratic country.
“We are One, Ghana First”, was the theme for the Week celebration, organized by the National Commission for Civic Education (NCCE) at the district and regional levels.
A considerable number of basic schools in all the 43 Metropolitan, Municipals, and Districts in the Region took part in the celebration.
Madam Margaret Konama, acting Regional Director of the Commission, in an interview with the Ghana News Agency (GNA), Kumasi, observed that Ghana had made tremendous progress in democratic governance over the last two decades.
Activities marking the Week, therefore, aimed at whipping up the enthusiasm of the students and pupils to uphold their responsibilities as good citizens.
Madam Konama pointed out that a disciplined people could build a great nation, and advance together with the course of development.
Topics discussed were nationalism, patriotism, and pride in traditional values, hard work, and a strong self-help spirit.
Others were discipline, decency, and decorum in language, honesty, and integrity, sincerity, justice, and fairness, protecting and safeguarding the environment, as well as living in peace and harmony with others.
According to the acting Regional NCCE Director, the programme created the platform where people in leadership positions and accomplished citizens interacted and imparted the virtues of good citizenship to the students and pupils.
Some of the participating resource persons included the NCCE Deputy Chair, Madam Kathleen Addy, as well as Ms. Gloria T. Gambrah, Oforikrom Municipal Chief Executive (MCE).
Others were drawn from the clergy, traditional authorities, amongst others.

Madam Konama told the GNA that the programme was structured to be more interactive, and lauded the participating schools for their cooperation and keen interest.