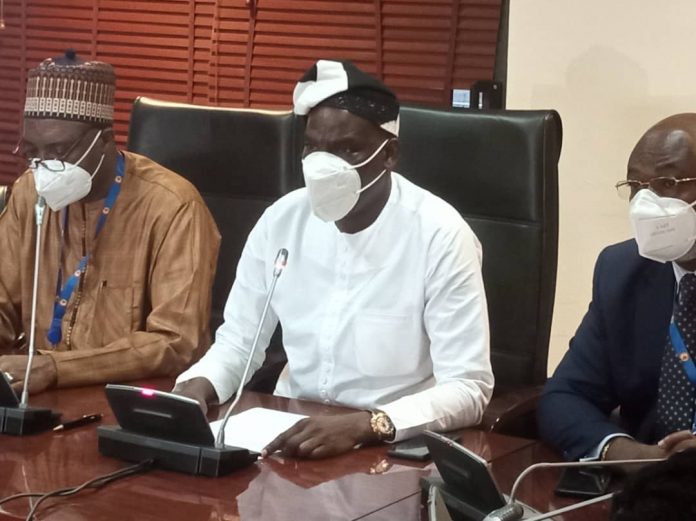 The Minority in Parliament has thrown its weight behind MP for Bolgatanga East and Chairman of the Parliamentary Subsidiary Legislation Committee, Dr. Dominic Ayine for his statements perceived to undermine The Judiciary.

According to them, their colleague, who doubled as former Deputy Attorney-General, has breached no law for commenting on matters that have been concluded by the Supreme Courts, hence the call on the Chief Justice to temper justice with mercy. 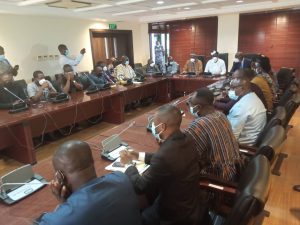 The Minority Leader, Haruna Iddrisu at news conference in Parliament on Wednesday, 9th June 2021, asked that “is it not the case that judgements of the Supreme Court are in the public arena opened to discussions, criticisms, analysis and intercourse and this probably was one of the objectives of the CDD’s Round Table discussion”.

He asked, if “is it wrong for an astute academic of Dr. Ayine’s standing to make academic commentary or criticism of a judgment delivered by the Supreme Court and by extension expressing an academic opinion on the independence of the Judiciary?

The Chief Justice in letter describes the alleged disparaging comments made by the lawmaker at CCD round table as’ unacceptable’ and would like the General Legal Council to investigate it further.

But NDC MPs thought otherwise as they conceived Dr. Ayine’s comments as “seeking to improve the administration of justice, we do not share the view that he overstepped certain bounds”.

The Caucus has considered the actions of the Chief Justice a restriction of political speech or on debate on matters of public interest by stressing the point that, “the hostility emanating from the Chief Justice’s office will only negate his right to free speech”.

The Party observed that “this is the first time that any Chief Justice in Ghana is descending into a pure matter of discourse to prevent a Member of Parliament and a lawyer from freely expressing his right to free speech in a matter not pending in court but a judgement of the Supreme Court”.

He recalled how “Rockson-Nelson K. Etse Dafeamekpor, the NDC Member of Parliament for South Dayi, received a similar invitation to appear before the Disciplinary Committee of the General Legal Council. We are also aware of invitations to other members of the National Democratic Congress in the very recent past for statements which allegedly criticized some decisions of the Supreme Court”.

They, therefore, called on the Chief Justice to reconsider his request to the Disciplinary Committee of the General Legal Council to investigate the alleged statements made by Hon. Dr. Dominc Ayine in the interest of peace, national cohesion and safeguarding our democracy.