The women of Kpachiyili in the Tolon District of the Northern Region have appealed community members to end the wanton felling of shea trees in order to save the next generation from poverty.

According to them, Shea nuts have secured many homes for decades, hence the need to protect the trees against short-term gains.

The women made the appeal when they took delivery of 1,000 shea seedlings from the Global Shea Alliance to plant on Friday, June 11, 2021, as part of the maiden edition of the Green Ghana Day.

According to the Forestry Commission in the Northern Region, the region planted 260,000 trees to mark the Green Ghana Day.

The Green Ghana Project idea was conceived by the government in 2018 to plant 20 million trees by end of 2028.

As the country makes attempts to recover its lost vegetation, these women at Kpachiyili are calling people to stop felling shea trees in their community.

“Some people generate charcoal out of the shea trees which is bad. Now that they are teaching us how to plant the shea trees, we hope people won’t cut them again. We hope the trees will grow to benefit everyone in this community”, said Fuseina Achiri, one of the women.

Women in rural communities pick shea nuts and process them for sale to shea butter processors.

A chunk of the Shea butter is exported to Europe and China, but many of the processors and pickers remain at the button in terms of benefit.

In a bid to improve the gains of women in the value chain including the shea pickers, Global Shea Alliance has been building the capacities of the women through several interventions and training.

For Amina Sule in the Kpachiyili community, the shea trees are livewires to them. 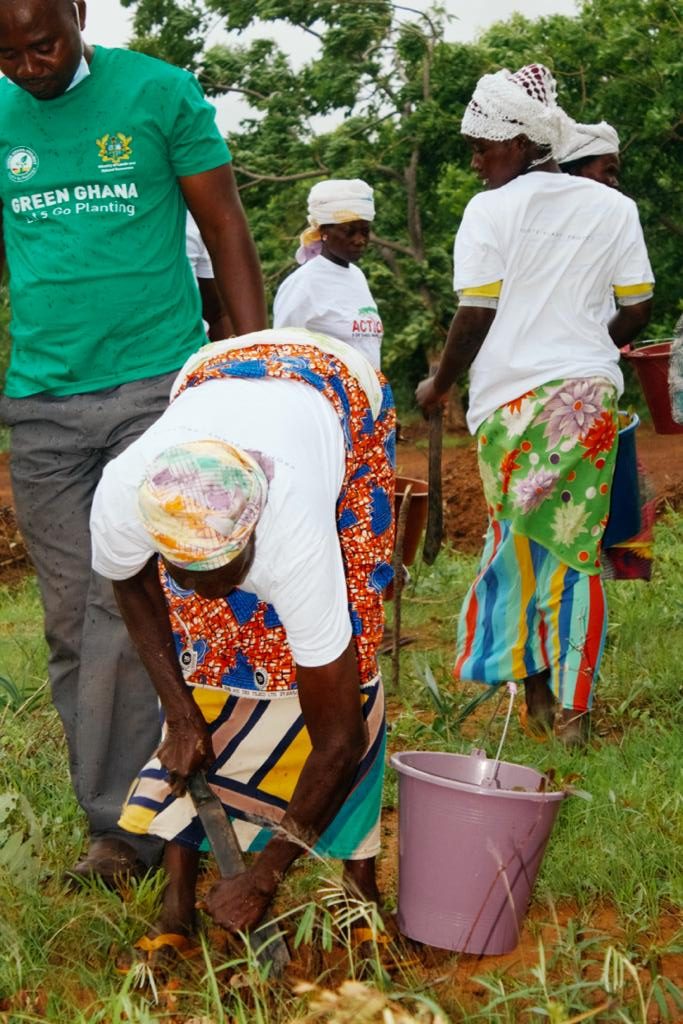 “The lives of rural women here depend on shea trees because we use that to take care of our children, and our husbands. So if they cut them down, are they not cutting down livelihoods? We plead with residents to spare the shea trees for the next generation.”

There have been concerns over the years about the destruction of shea trees in Ghana which have led to the marginal decline in shea tree population in Northern Ghana.

Under its Shea Parkland initiative, the Global Shea Alliance is among organizations pushing for the promotion of the economic aspect of the shea trees as an evolving vibrant industry.

The Managing Director of Global Shea Alliance, Aaron Adu, announced that the organization is targeting to plant 10 million shea trees within a period of ten years.

For decades, landscape around the Sahel have been under increasing pressure from climate change and human activities.

In the Northern Region, forest cover declined by 80% between 2000-2015, according to Ghana’s Forestry Commission.

This presents significant environmental, social and economic challenges to a vulnerable landscape.

“There is continuous destruction of the parkland due to human activities including cutting the trees down to burn charcoal, commercial agriculture, climate change among other factors that are causing the destruction of Shea parkland. Our intervention is aimed at restoring the degraded parkland and growing new trees to replace those that have been destroyed across West Africa.”