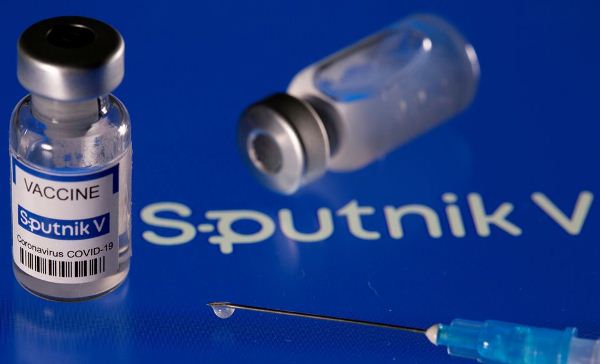 BROUHAHA OVER THE PURCHASE OF 3.4 MILLION DOSES OF SPUTNIK COVID-19 VACCINES FROM AN EMIRATI OFFICIAL BY GOVERNMENT AND THE EMERGING PUBLIC ANXIETY.

The fight against the deadly coronavirus disease in the country continues unabated by government in collaboration with the health authorities. All hands have been on deck to ensure that the deadly disease which has taken a major toll on the economy and still claiming the lives of innocent people is eradicated completely from our midst. Latest update on the disease in Ghana has confirmed 94,369 active cases, 92,488 recoveries with 789 deaths. That is worrying.

As part of measures to deal with the pandemic which continues to devastate many economies worldwide, government on February 24, 2021, took delivery of 600,000 doses of AstraZeneca COVID-19 vaccines through the COVAX vaccine-sharing initiative from India. Ghana was the first country outside India to receive the consignment which was regarded as the largest vaccine procurement and supply operation in history and was aimed at reducing the divide between the rich countries and poorer nations, unable to buy the doses. The country, with a population of over 30 million people, was chosen as the first recipient of the free vaccines after promising quick distribution and meeting the criteria set by COVAX. The vaccines produced by the Serum Institute of India and developed by AstraZeneca, have been approved by the World Health Organisation.

The second consignment of 350, 000 doses of the vaccines was shipped into the country on May 7, 2021, to augment the stock to ensure that as many people who fell within the first target group were duly vaccinated for the second dose.  That consignment to the country formed part of the larger 1.7 million consignments to the DR Congo of which over 1.3 million doses were allocated to five countries in Africa including Ghana. The first and second doses were administered to people who are 60 years and above, frontline security personnel and health workers, parliamentarians, lawyers and judges, media practitioners, religious leaders, essential workers and frontline executives.  The second group of people is expected to be catered for when the next consignment of vaccines arrives in the country.

President, Akufo-Addo, recently assured the nation of the arrival of 1.3 million doses of Russia’s Sputnik V COVID-19 vaccines shortly, to enable the vaccination exercise to continue in earnest to cover the rest of society. However, it appears there have been some controversies over the procurement of 3.4 million doses of the Sputnik vaccines from a middleman and this has generated a lot of anxiety among Ghanaians. The media, especially the internet, has been inundated with criticisms of government, especially the health ministry over the mode of procurement of the vaccines.

It is being alleged by a popular Norwegian website on the internet that Ghanaian government officials have signed an agreement to purchase the Sputnik vaccines manufactured and produced in Russia for US$19 per dose instead of US$10. In a detailed report by the website, www.vg.no, the Minister of Health, Kwaku Agyeman Manu, is reported to have signed a contract with an Emirati official who was allegedly involved in the sale of gas turbines to Ghana in the controversial Ameri deal and another wanted Norwegian citizen. According to the website, the deal between the government of Ghana and the two officials were arranged by another intermediary charged with money laundering. It further stated that the Finance Minister, Ken Ofori-Atta has alluded to the contract, explaining that government had no choice to make in order to protect the people, hence the decision to pay for the purchase of the 19 dollars Sputnik vaccine.

Meanwhile, the Ministry of Health has corroborated the finance minister’s explanation as to why the government of Ghana should buy the unit cost of vaccine for US$19 instead of the US$10 global factory price.  Chief Director of the ministry, Kwabena Oko-Afari, said the country needed the vaccines and that the price was okay, and given the market conditions, they did due diligence and knew the person was a businessman who was selling. That explanation seems not to have gone down well with many Ghanaians who thought the President could have arranged with the Russian government on one-on-one basis, instead of relying on a middleman for the vaccines. This argument by a section of Ghanaians sounds logical because it seems, there are strictly laid down procedures and guidelines for the procurement of goods and services including the vaccines in the country which ought to be followed by government and not to negotiate and bargain with people on individual basis, more so, through a middleman.

Indeed, we need these vaccines to administer to the people, but when the right steps are not rigidly followed to acquire them, it creates a bit of suspicion and exposes government to ridicule.  We are in an era of accountability and things that take place in this country by government as well as other public officials, are being monitored by each and every Ghanaian since they involved the taxpayer’s money.