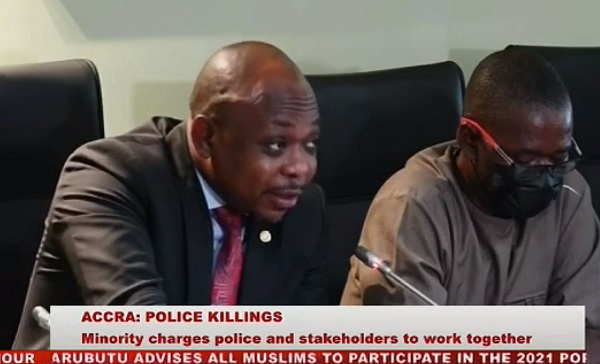 The Minority in Parliament has accused the police administration of failing to enforce the law to ensure that bullion vans meet legal and operational standards.

Ranking Member on the Defence and Interior Committee, James Agalga, said such a failure has led to the death of police officers on escort duties in insecure bullion vans in recent times.

He said the latest victim being General Constable Emmanuel Osei of National SWAT unit, who was shot and killed alongside a bystander Afua Badu on Monday, June 14, at Adedenkpo near James Town in Accra.

Addressing the media in Parliament House, Mr. Agalga called on the IGP and the Bank of Ghana to reconcile their positions in respect of the deadline set for banks to phase out the makeshift bullion vans and deploy properly fortified bulletproof ones.

Mr. Agalga said the continuous attack on police officers and civilians by armed robbers has demoralised the men and women in uniform occasioning violent crimes becoming a daily affair throughout the country.