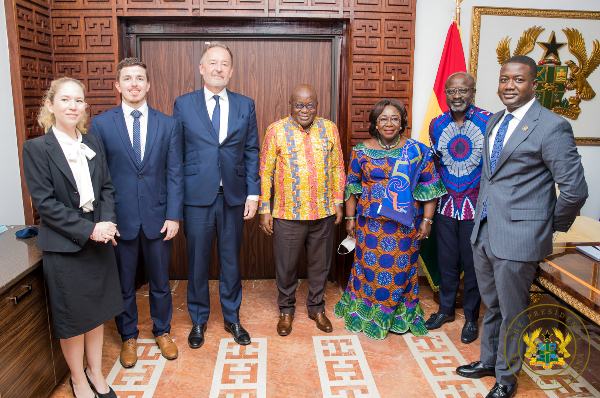 Two envoys who have completed their duty tour of Ghana have bid President Akufo-Addo farewell at a brief ceremony at Jubilee House.

They are the British High Commissioner, Iain Walker, and German Ambassador, Christoph Retzlaff.

President Akufo-Addo lauded the British Government for maintaining strong bond of cooperation with nations including Ghana even after exiting the European Union.

President Akufo-Addo said Ghana’s trade bond with the UK has been boosted even further after her exit from the EU, which defeats the notion and expectation of critics.

Diplomat Iain Walker is exiting the shores of Ghana after a four-year duty tour. From August 2017 until now, Mr. Walker is credited for an improved UK- Ghana relations particularly in the area of Trade. 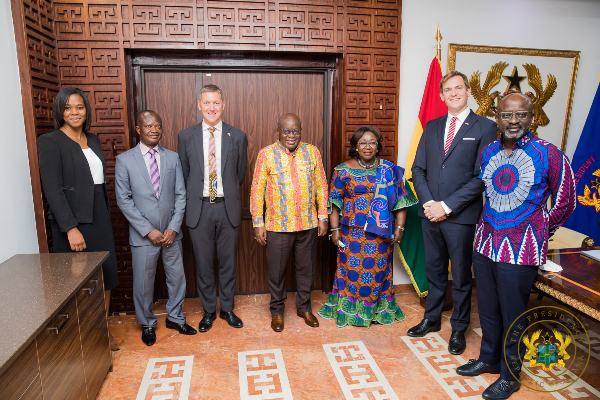 With his grandparents and in-law being part of engineering works on the Takoradi Habour and the Adomi Bridge, Mr. Walker says his bond with Ghana is a strong one.

For Outgoing German Ambassador, Christoph Retzlaff, his five-year stay in Ghana has been a pleasant one with assembling of Volkswagen vehicles in Ghana and supporting solar energy sources in the country especially the northern part of the country.

He commended President Akufo-Addo for adding value to the German-Ghana relations.

President Akufo-Addo said more will be done to further the harmonious relations between these countries.

While Mr. Iain Walker heads back home at the Headquarters in London to continue with his diplomatic career, Mr. Christoph  Retzlaff will be the new German’s Ambassador to the Sahel Region.