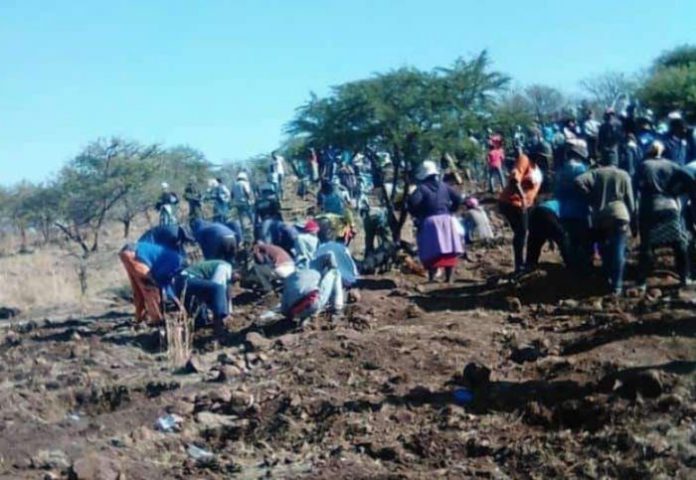 Thousands of treasure seekers have flocked to KwaHlathi village in South Africa, believing the area could contain diamonds.

It comes after a man in dug up a crystal-like stone in an open field and put out word of the discovery.

The stones haven’t been analysed by geological experts yet, and authorities have asked people on site to leave so that a proper investigation can be carried out.

The provincial government also shared a video of the area on Twitter, expressing concern over what it has called a “diamond rush.” They tweeted that they had “noted with concern, the reports of illegal mining activity taking place at KwaHlathi outside Ladysmith.”