Government has announced its readiness to extend the sea defence project to Agavedzi, Salakorpe and Amutsinu under the phase two of Blekusu Coastal Protection Project in the Ketu South Municipality of the Volta Region.

According to the Sector Minister, the Ministry has taken an urgent steps to implement the second phase of the project as he has acknowledged “the urgent need to permanently address the devastating effects of tidal waves on the Agavedzi, Salakope, and Amutsinu communities in the Ketu South Constituency”. 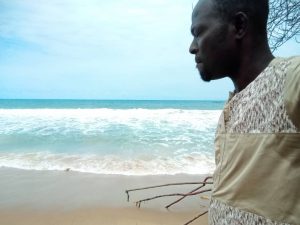 The Minister, Francis Asenso-Boakye who was responding to a Parliamentary question asked by MP for the Area, Abla Dzifa Gomashie as to “what steps the Ministry is taking to permanently address the devastating effect of the tidal waves on above mentioned communities”, Mr. Asenso-Boakye said, “our Ministry has finalized the evaluation of the relevant proposal and is completing the necessary financial arrangements to start the works under the second phase of the project”.

He stated, his Ministry has noted “the sense of urgency for undertaking the second phase of the project to protect the Agavedzi, Salakope, and Amutsinu communities and others to the east of the Blekusu”, avert further disaster on lives and properties along the coast.

He said, in April, 2021, a technical team from the Hydrological Services Department of the Ministry, travelled to the community to engage the Municipal Chief Executive of Ketu South Municipal Assembly and some community leaders on the matter of the implementation of the second phase of the project.

In July 2015 the Ministry of Works and Housing engaged Messrs Amandi Holding Limited to design and construct coastal protection works along this stretch, starting from the Blekusu and working towards Agavedzi, Salakope, and Amutsinu under the Blekusu Coastal Protection Project.

The completion of the works envisaged under the second phase of the project will cover a minimum coastal stretch of 8,000 metres (8 kilometres) and this will ensure the total protection of the people of Agavedzi, Salakope, and Amutsinu communities.

The project, which protects 4300 metres (i.e. 4.3 kilometres) of the coastal stretch, was completed in July 2019 and has functioned effectively, protecting lives, livelihoods and properties while reviving fishing activities.

This coastal stretch is characterised by narrow beaches and the effects of tidal waves along the coastal stretch are devastating. It has resulted in beach erosion, loss of land, property and sometimes flooding in the event of wave overtopping.

The erosion of the beaches also impacts negatively on fishing, which is the main source of livelihood of the communities along this coastal stretch.