A book authored by Professor Samuel Kofi Date-Bah, a retired Supreme Court Judge, on “Selected Papers and Lectures on Ghanaian Laws”, has been launched in Accra.

The compendium contains various Papers and Lectures on Ghanaian Law delivered by the author.

It discusses the legal system and legal education in Ghana; the Judiciary; human rights and good governance; and business law.

The book launch was attended by several justices of the superior courts, lawyers, as well as academics and the public.

Mr K. Anin Yeboah, the Chief Justice, who wrote the foreword of the book, in a speech read on his behalf, said the book provided reference materials that would enrich the knowledge of lawyers and judges, adding that it would also be useful to faculty, as well as students and researchers. 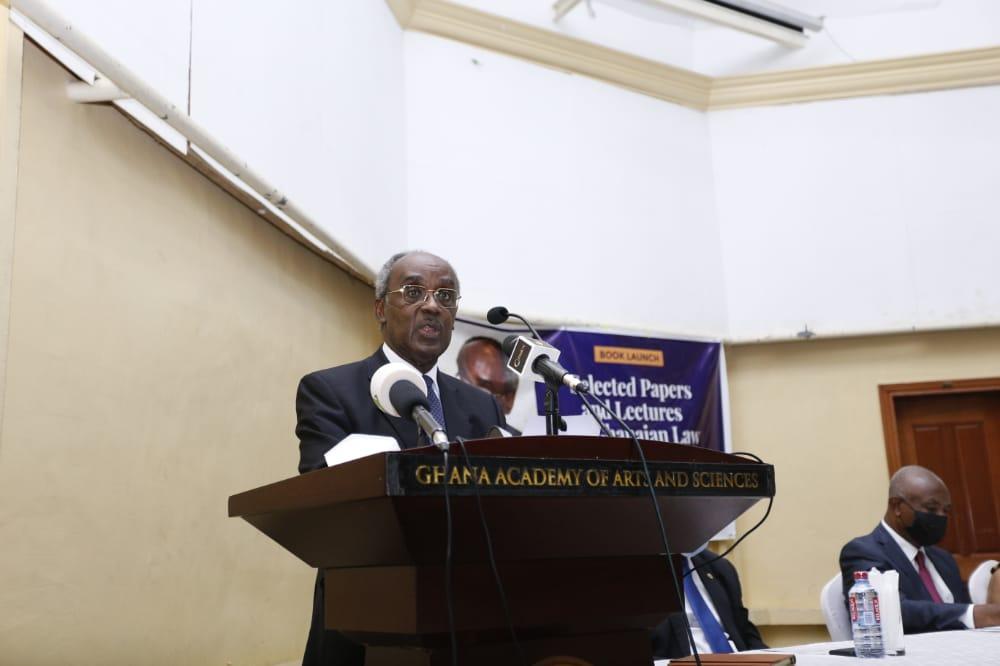 Mr Godfred Yeboah Dame, the Attorney-General and Minister of Justice, described Prof Date-Bah as a colossus on the legal terrain, whose influence extended beyond the boundaries of Ghana.

Prof Date-Bah said the variety of topics treated meant that the book could be regarded almost as a mini reader on Ghanaian law.

He said it was expected that the range of subjects covered in the book would be of interest to students and both practicing and academic lawyers, as well as to non-lawyers curious about the functioning of the Ghanaian legal system.

“In truth, I did not set out to write such a book. Rather, it is an aggregation of various papers and lectures I have written in response to invitations received to speak to various audiences. I am glad that I am now able to share more widely, through this book, the ideas that I have discussed with particular groups,” he said.

Prof Date-Bah paid tribute to his wife, Eugenia (Dr Eugenia Date-Bah), for urging him to put together the publication.

Mr Dennis Adjei, a Justice of the Court of Appeal, who reviewed the book, recommended it to all and sundry, because of the fact that it contained a rich source of information on diverse disciplines of law, and that it had been written in a user-friendly style.

Nana Dr S. K. B. Asante, Omanhene of Asante Asokore, who chaired the function, described Prof Date-Bah as an eminent jurist, who had excelled in all major phases of his career, as an academic, an adviser to developing countries on international business transactions and finally as a Supreme Court Judge.

“I suggest that this should be recorded in the Guinness book of Records. It is indeed rare to find a Supreme Court in any country where one Justice of the Supreme Court can claim to have taught all his colleagues at the Law School.

“I personally derive vicarious pleasure from this achievement because I was the one who admitted him to the University of Ghana Law Department in 1962 after conducting a rigorous interview.”

With regards to the book, Nana Asante said it was highly illuminating, saying “and we are all indebted to the learned Justice for enlightening us”.