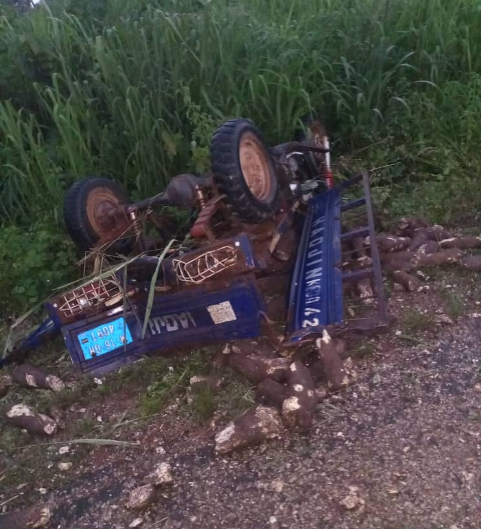 Mohammed Merigah, a 17- year-old boy on Monday died in a gory accident at Kwame-Akura near Dambai in the Krachi East Municipality of the Oti Region.

He said Merigah was on a tricycle loaded with yam from Ofosu in the Nkwanta South Municipality to Dambai when a VIP bus with registration number AC1332-20, from Accra to Salaga crashed the tricycle resulting in the unfortunate incident.

The Commander said poor visibility could be a possible cause, as there was a downpour at the time of accident.

He said the deceased was taken to WoraWora Government Hospital for autopsy and later released to the family for burial.

Inspector Addo said the driver of the tricycle sustained injuries and was sent to the same hospital for medical treatment and discharged.

The Commander said the driver of the bus was detained to assist Police investigations to ascertain the actual cause of the accident.