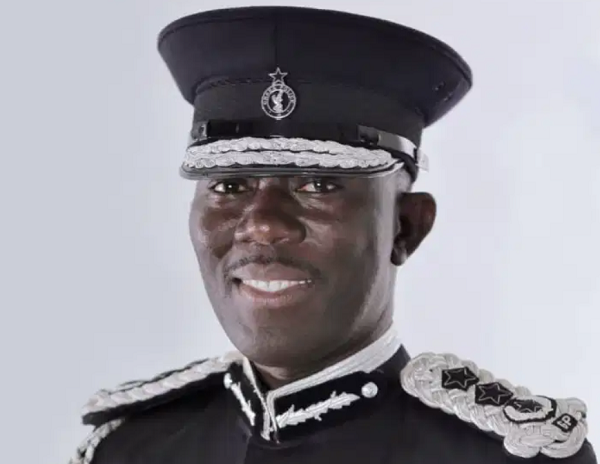 President Akufo-Addo has also asked the Director-General of the Prisons Service, Mr Patrick Darko Missah, to go on terminal leave from Sunday, August 1 2021, with his retirement from the Police set to begin on Saturday, 16th October 2021.

“President Akufo-Addo has conveyed, in person, his gratitude to both Mr. James Oppong Boanuh and Mr. Patrick Darko Missah for their dedicated and meritorious services to the nation and to the Police and Prisons Services, respectively, and wished them the very best in their future endeavours,” the release said. 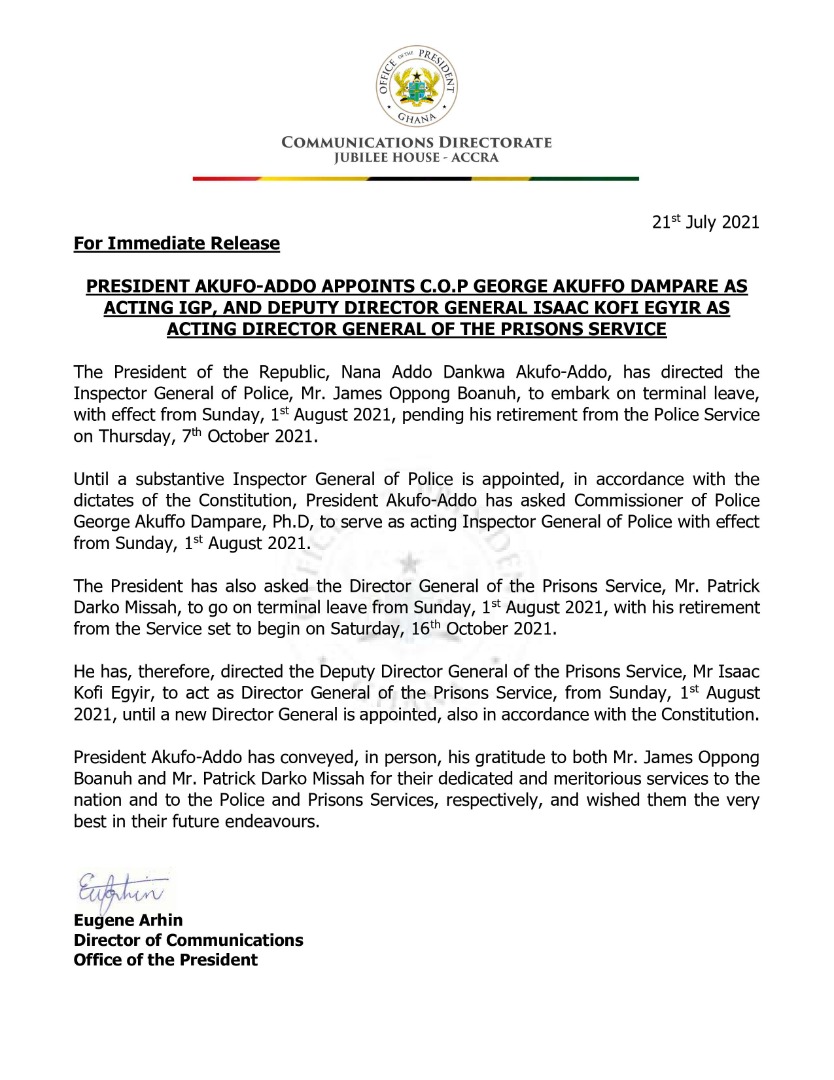