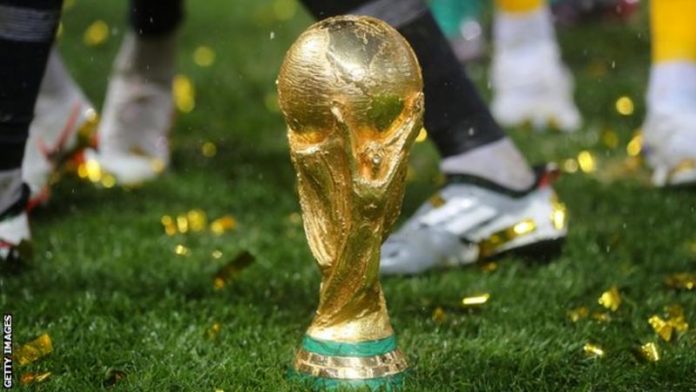 Uganda managed to force a goalless draw with visitors Mali in Kampala in Group E of 2022 World Cup qualifying on Tuesday.

The Cranes played the final 24 minutes of the game with 10 men following the dismissal of Murushidi Jjuko for a second bookable offence.

Despite the draw, Mali remain top of the group with four points from their two matches so far while Uganda have two points from two goalless draws.

Kenya also have two points while Rwanda are bottom, with the single point they earned on Sunday when the two sides drew 1-1 in Kigali.

In Group A, Niger came from behind to beat Djibouti 4-2 and, like Uganda, ended the match with just 10 players on the pitch.

Niger fought back after half-time with four goals, including a brace for Ghana-based Victorien Adebayor in the opening 11 minutes.

Amadou Djibo Wonkoye, who plays in Guinea for Horoya, then added a third from the penalty spot in the 64th minute with Amadou Sabo adding the fourth minutes later.

In the 83rd minute, Hassane Amadou was shown a straight red card and Djibouti made use of their one-man advantage to score a second through Warsama Hassan Houssein.

The match was played in the Moroccan city of Rabat as Djibouti’s facilities do not meet international standards.

The result means Djibouti are pointless after two games while Niger now have three points.

For the same reasons, Burkina Faso will ‘host’ Algeria on Tuesday in another Moroccan city, Marrakech, with both sides having won their opening group qualifiers.

In Group J, veteran striker Dieumerci Mbokani was on target again for DR Congo as he opened the scoring after 12 minute in a 1-1 draw against hosts Benin in Contonou.

France-born Jordan Adeoti scored the equaliser before half-time to earn a point for Benin and keep them top of the group on four points.

The Leopards are on two points after Mbokani’s goal earned a 1-1 draw on Thursday with Tanzania, who could draw level with Benin if they can beat Madagascar on Tuesday in Dar-es-Salaam.

Only the winners of Africa’s ten qualifying groups qualify for the play-offs next March, when the continent’s five finalists for next year’s World Cup will be known.