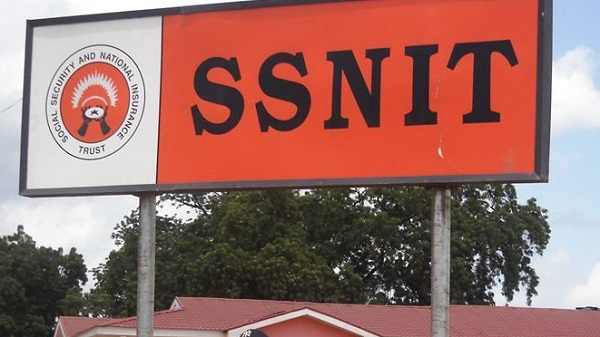 The Social Security and National Insurance Trust (SSNIT) says that, of the US$11,794,109 indicated as loss through the liquidation of three companies, US$4.15 million has been recovered.

It said efforts were still ongoing to make further recoveries of locked up funds.

A statement issued by the Trust said that, as at the time the current Management was appointed in 2017, the Trust was saddled with a largely non-performing investment portfolio.

It said that, though the audit ended December 31, 2020, the major issues raised predates the present administration with some dating as far back as 1985.

The Trust was reacting to the current Auditor-General’s Report on the Public Accounts of Ghana: Public Boards, Corporations and other Statutory Institutions for the period ended 31 December, 2020 and subsequent publications in the media.

It said the loan of US$4.15 million was granted through Ecobank Ghana Limited and the Bank has fully repaid SSNIT with interest and the investment was made in July 2005.

On Granite and Marbles Limited, SSNIT managed to retrieve its unpaid Social Security Contributions of GH¢428,337.07.

The statement said all the loans were converted to equity prior to the liquidation, meanwhile the Liquidation was underway and yet to be completed.

It said the final accounts was yet to be submitted to the parties by the liquidator, which investment was made in July 1994.

On CIFA, the Trust said it had recovered US$2,064,109 of the total investment, meanwhile CIFA had been under liquidation since 2015.

The statement said as per the Fund Manager’s 2019 report to shareholders, the liquidation process was yet to be concluded. The investment was made in June 2005.

It said that, Subri Industrial Plantation Limited (SIPL), established in 1985, was owned by a consortium of financial institutions with the Government having a majority stake of 80.40 per cent.

SSNIT had a 13.60 per cent equity stake in the company which was divested to Plantations Socfinaf Ghana.

It said Management has been in contact with the Ministry of Finance to have the Trust’s portion of US$626,522.47 transferred to SSNIT since 2015.

The Trust assured the public on it would continue to engage the Ministry to retrieve the unpaid funds.

It said that, as part of efforts to prevent such occurrences in the future, a new investment policy that better controls the investment process had been developed and was being implemented.

Also, professionals and experts have been appointed to Boards of subsidiary companies, which had led to major improvements in the corporate governance of these entities resulting in better returns on investments.

The statement said that, under the current Management, some significant strides had been made to rebalance investments.

The Trust, for instance, had made savings of over GH¢231millikn on legacy investments related cost through renegotiation since 2017.

It said that efforts have been made to ensure that the Trust gets the best deal when liquidations were evoked on some of these non-performing legacy investments.

That, as evidence of prudent management of funds, the Trust had increased the net assets from GH¢8,406million in 2016 to GH¢11,350million as of December 2020 (unaudited accounts) representing an increase of 35 per cent.

The Trust assured all contributors, pensioners and the public that it would continue to review its investments and ensure that it maintains and deploys funds in only viable investments.

The statement said the Trust would at all times manage workers’ social security contributions judiciously to safeguard the ability to continue paying monthly pensions.