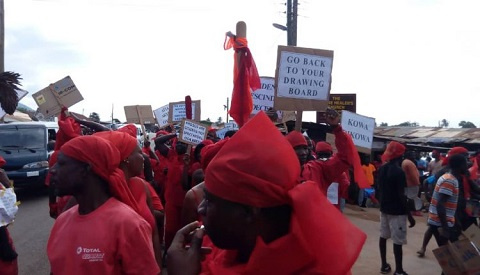 A group calling itself Coalition of Aggrieved Public Sector Workers says all is set for its demonstration on August 18.

Lead Convenor of the group, Norbet Gborgbortsi told Nathaniel Nartey that they have permission from the Greater Accra Regional Police Command to embark on the demonstration.

The move is in reaction to the agreed four percent salary increase to public sector workers which the Coalition believes is woefully inadequate.

Mr.Gborgbortsi also claims leadership of the Unions have increased their allowances by 100 percent and back dated them to last year.

Mr. Kodua made some clarifications on the conditions for which leadership of the Unions agreed on the four percent increase in salaries.