Anglican Priest who kissed 3 students relieved of his duties 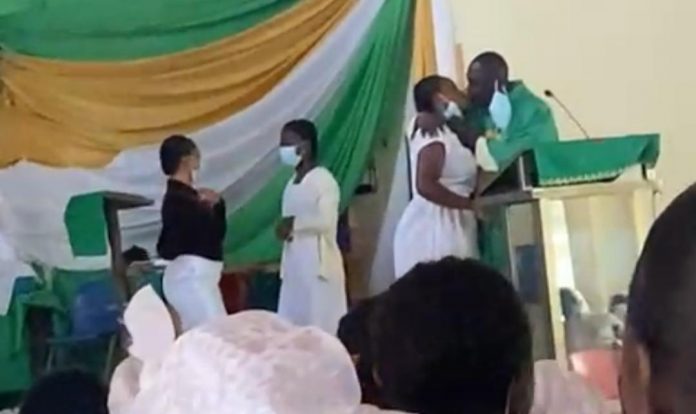 The Anglican Priest at the centre of the kissing controversy has been relieved of his duties at the St Monica’s College of Education at Asante Mampong.

This formed part of the decision taken at a crunch meeting convened by the school authorities over a kissing incident involving the priest and some of the students that went viral.

In the video, the Priest, Father Balthazar Obeng, was seen kissing three female students before a cheering congregation.

The decision comes amid calls from the public and civil society organisations for the Chaplain’s head.

The Internal Province of Ghana Anglican Communion has already expressed its dissatisfaction about the matter and has initiated internal investigations.

A statement from the Church indicates that the said Priest will be dealt with in accordance with the norms and values of the Anglican Communion where morality is extremely revered.

Meanwhile, the Education Think Tank, Africa Education Watch, has demanded that the Ghana Tertiary Education Commission investigate the matter and apply the appropriate sanctions against the Priest.